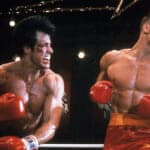 Warner Bros.’ “DC League of Super-Pets” has arrived in theaters and is performing consistently with DreamWorks’ spring animated film “The Bad Guys” with a $23 million opening from 4,375 theaters. with $18.4 million grossed from international markets.

Starring Dwayne Johnson and getting a late summer release after the star’s other DC film, “Black Adam,” was pushed to October over VFX delays, “DC League of Super-Pets” has gotten strong reception from family audiences with an A- on CinemaScore and Rotten Tomatoes scores of 72% critics and 89% audience.

But to turn a profit on its $90 million budget, “Super-Pets” will have to leg out with family audiences and get some overseas help during the final weeks of summer, where the box office is expected to sink into an even deeper slump than what is usually seen this time of year. Already, the overall box office this weekend has slipped below $100 million for the first time since the frame before Memorial Day weekend, when the release of Paramount’s “Top Gun: Maverick” kicked off the hottest two-month streak for theaters since the pandemic began .

In second is Universal’s “Nope” with $18.5 million in its second weekend, giving it a 10-day total of $80.5 million. Jordan Peele’s $68 million horror film will turn a solid theatrical profit, albeit a lesser on than his previous films “Get Out” and “Us.”

Marvel’s “Thor: Love and Thunder” is in third with $13.1 million in its fourth weekend, passing the $300 million mark domestically as its global total reaches $662.4 million. Universal/Illumination’s “Minions: The Rise of Gru” is in fourth with $10.8 million in its fifth weekend, giving it a total of $320 million domestic and $710 million worldwide.

“Top Gun: Maverick” completes the top 5 as it reaches the $650 million domestic mark with $8.5 million in its tenth weekend. The record-setting Paramount film will pass the $653 million North American total grossed a decade ago by “The Avengers” and the $1.3 billion global mark this week. 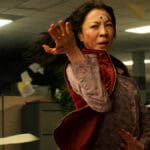 Outside the top 5, Focus Features released the black comedy “Vengeance” starring BJ Novak in 998 theaters, grossing $1.75 million to take the No. 10 spot on the charts. The film earned a B+ on CinemaScore and Rotten Tomatoes scores of 77% critics and 84% audience.

Finally, A24/AGBO’s “Everything Everywhere All at Once” re-released in 1,490 theaters, adding $650,000 and becoming A24’s first film ever to gross $100 million worldwide. The gonzo sci-fi film starring Michelle Yeoh and Ke Huy Quan has become the most successful indie film of the post-shutdown era, having passed the Safdie Brothers’ “Uncut Gems” and Ari Aster’s “Hereditary” as A24’s box office record holders back in June.