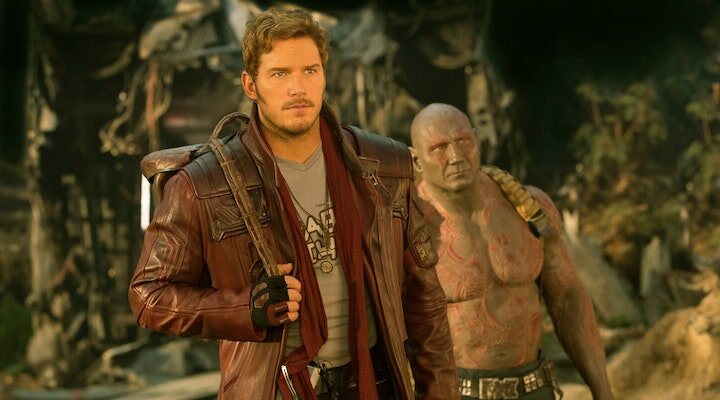 Get your Kleenex ready, because the end of the ‘Guardians of the Galaxy’ trilogy is packed with excitement. This has been made known on several occasions by both James Gunn, the director of the franchise, and the cast, who was seen very excited during the presentation of the film at the San Diego Comic-Con.

‘Guardians of the Galaxy Vol. 3’ is officially the end of the saga as we know it. This isn’t to say that there isn’t the possibility of another ‘Guardians’ movie in the future, but it wouldn’t be with the same lineup. “This is the end of the story. I’m sorry. Some stories have endings. It doesn’t mean that everyone will die.”Gunn remarked during the Comic-Con panel, where attendees were able to see the first trailer exclusively.

Talking with The Hollywood Reporter After the event, the director and screenwriter described Volume 3 as follows: “It is a much bigger and more emotional film than the previous two.. And it’s also longer, it’s bigger in every way.”.

Karen Gillan, who plays Nebula in the UCM, also stressed the emotional weight of the film and acknowledged having cried a lot when seeing the first footage: “Making the movie was very emotional. Of course there’s a lot of fun in the movie and lighter scenes, but there are others where the emotion is higher than it’s ever been in the world of ‘Guardians.’ some parts”; to which he added: “It’s definitely the most epic. It’s complex and the characters have to deal with it. It’s very emotional for everyone. And of course, we are dealing with the fact that it is the end of an era, so emotions are running high“.

See also  Fast and Furious: Dominic Toretto vs. Brian O'Conner - Who is the best hero?

Since Harry Styles debuted in the Marvel Cinematic Universe appearing as Eros/Starfox in the post-credits scene of ‘Eternals’, many wonder when we will see him again in the saga. Recently, The rumor has emerged that the famous singer will appear in the third installment of ‘Guardians of the Galaxy’, but Gunn himself has been in charge of denying it outright: “Nope. I’m going to make it clear. Starfox does not appear”stated in an interview with Extra at the recent San Diego Comic-Con.

Who we will see again very soon is Baby Groot, who stars in the series of animated short films ‘I am Groot’, whose premiere will take place on August 10 on Disney+. ‘Guardians of the Galaxy Vol. 3’ will hit theaters on May 5, 2023.