Rob Reiner: Archie Bunker Would Have Jumped Off the Trump Train After Jan. 6 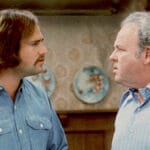 “All in the Family” made Archie Bunker one of the most famous right-wing characters in television history, but Rob Reiner thinks that the Jan. 6 attacks would have been a bridge too far for the patriotic patriarch when it comes to supporting Donald Trump .

In a CNN interview with Jim Acosta on Saturday about the 100th birthday of “All in the Family” creator Norman Lear, Reiner was asked about a New York Times op-ed written by Lear in which he argued that Bunker would have supported Trump but be “sickened” by the sight of the president’s supporters attacking Capitol Police during the Washington DC insurrection. Reiner said that Lear “expressed it perfectly.”

“I do think that Archie would have been really upset to see cops beaten by insurgents,” Reiner said. “And then to find out as time goes by that Trump was at the hub of all this, and it was Trump’s operation altogether, I think he would have gone the way of Liz Cheney and Adam Kinzinger,” Reiner said, referring to the two lone Republicans on the Congressional committee investigating Trump’s involvement in the attacks.

“People are starting to leave Trump and he’s just going to be left with the crazy conspiracy nutcases,” Reiner continued. “There’s a wave of Christian nationalism…and I think they’ve imbued Trump with this God-like patina.”

On “All in the Family,” Reiner played Archie Bunker’s hippie son-in-law Michael Stivic, with whom he regularly clashed over politics and the generational differences that played out during the 1960s and into the early ’70s when the show aired. Archie often dismissively called Michael a “meathead,” an insult that Trump supporters have leveled at Reiner himself as he became one of Hollywood’s most outspoken critics of the former president on Twitter. 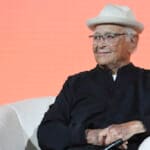