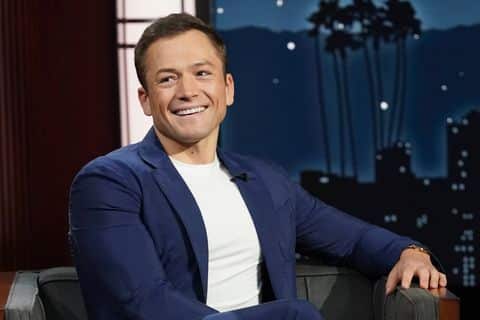 The star of ‘Kingsman’, Taron Egertonbroke into the industry when he first played Eggsy in the popular spy-action comedy (again, Taron Egerton will be Eggsy in Kingsman 3), and offers to star in major franchises began to pour in quickly.

One of those papers was young Han Solo in ‘Han Solo: A Star Wars Story’, the movie that told the story of how the character met Chewbacca and Lando, got the Millennium Falcon, and made the Kessel run, among other things. In case you need to refresh the movie, here are the best and the worst of ‘Han Solo’.

Speaking of how far he got in the casting process, Egerton said in a recent podcast: “I felt like, to be honest, I got on the Falcon, I was with Chewie, I put on the suit. I got there, I did it, I lived it“.

“There was another test, but I decided not to do it. It just seemed to me that I didn’t feel the necessary stimulus of ‘I have to do this, this is my role’. You’re following in the footsteps of Harrison Ford, nobody wants to follow Harrison Ford.” And it is that, some of Harrison Ford’s best films, in addition to ‘Star Wars’, are ‘Blade Runner’ or ‘Indiana Jones and the Last Crusade’.

“It’s hard, isn’t it?” he continued. “I feel like there’s an unspoken thing in Hollywood where it feels almost taboo to talk about conversations you’ve had that never came true. But I don’t care about that.”

Alden Ehrenreich eventually took on the role, and the film opened to a mixed reception and disappointing box office, leading to the cancellation of the planned sequels and the reconversion of the films centered on boba fett and Obi-Wan Kenobi on Disney+.

The news about Egerton’s rejection to be part of ‘Star Wars’ comes shortly after it became known that Taron Egerton turned down a role in ‘X-Men’.

Star Wars gifts that are from another galaxy