17 researchers collaborate on a book about the fall of Tenochtitlan 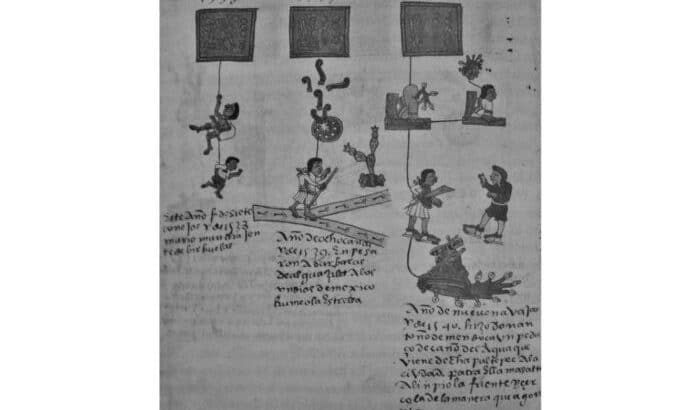 The August 13, 1521 the siege that a Spanish-indigenous army imposed on the sister cities of Tenochtitlan and Tlatelolco ended. 500 years later, the National Institute of Anthropology and History and the National Autonomous University of Mexico convened an international group of researchers to analyze the event from a multifactorial and interdisciplinary perspective.

As a result of this exercise, INAH publish Tenochtitlan, the fall of an empire. Approaches and reflectionsa compilation of 20 trials that delve into the topics of the presentations given at the academic event, which was held in virtual format, between February 26 and March 5, 2021.

for researcher Berenice Alcantara this volume is called to be mandatory consultationbecause it is not a recapitulation of events, but rather goes further and provides new data and perspectives on them, while “reflects current academic thinking about this historical process.

For his part, andThe UNAM historian, Miguel Pastrana Florescoordinator of the book together with archaeologist Patricia Ledesma and professor Eduardo Matos Moctezuma, expressed that polyphony is the course of these studies, that is why the seminar and this edition are the product of the participation of 17 scholars of cultural historypolitical history, military and health history, historiography and archaeology.

“It is difficult for another William H Prescott write the History of the conquest of Mexico, to establish itself as the dominant version for a century. That is almost impossible now. They will have to follow the collective advances in knowledge about the past, and this book is an example of the willingness to dialogue that this requires”, he details.

For the owner of the National Museum of Anthropology, Antonio Savorit, Tenochtitlan, the fall of an empire. Approaches and reflections brings to the table a series of findings that derive from the questioning and investigation of a wide range of historical sources that, in the end, invites us to reconsider what is known about the capital city of the Mexica empire.

In the book, Matos Moctezuma, distinguished with the Princess of Asturias Award for Social Sciences 2022, presents the essay: “Language in the military and spiritual conquest of Mexico”. Guilhem Olivier open reading with “Goddesses, women and prostitutes in the omens of the conquest of Mexico”Y Salvador Guilliem Arroyo close with Archaeological evidence against New Spain chronicles. Tlatelolco, yesterday and always”.