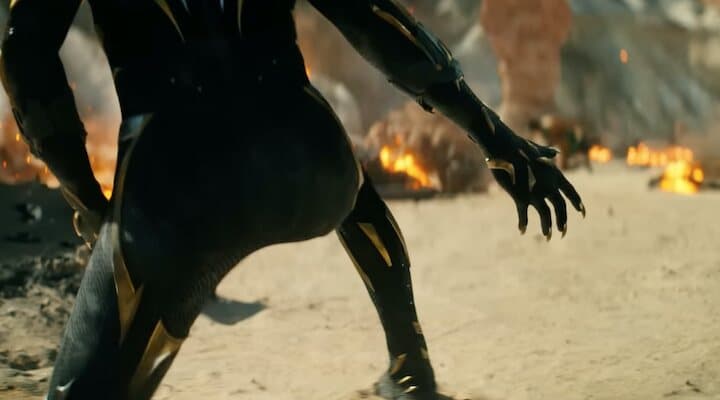 Just a few days ago Marvel Studios revealed new details about ‘Black Panther: Wakanda Forever’ during San Diego Comic-Con 2022. When we thought we wouldn’t have new news so soon, UFC Champion Kamaru Usman Confirmed to Have a Guest Starring Role in the Movie.

The renowned and talented member of the UFC Hall of Fame, Daniel Cormier, assured for the first time Usman’s participation in this new sequel to ‘Black Panther’during the UFC 227 weigh-in show. Subsequently, media such as MMA Fighting They confirmed the news, and even Usman himself uploaded a photo of the film to his Instagram account.

The Nigerian fighter is the current welterweight champion and will have to defend his title in a long-awaited rematch against Leon Edwards.. The fight between the two will be the main event of the next UFC 278, which will take place on August 20 in Salt Lake City, Utah. Usman, with a record of 20 wins and a single loss throughout his career, is currently considered the best fighter in the UFC by the brand itself. The 35-year-old fighter is ranked number one in the pound for pound ranking. This ranking seeks to determine who is the best of the athletes in relation to their weight, that is, who would win if they all competed in the same weighing category.

The role that Usman will have in the film directed by Ryan Coogler is still unknown. In this way, the fighter becomes part of the cast of one of the most anticipated films of the year. The ‘Black Panther: Wakanda Forever’ trailer alone managed to amass more than 172 million views in its first 24 hours. This placed the teaser as one of the most viewed in the history of the Marvel Universe on its first day of release.

Usman has spent years expressing his fanaticism for ‘Black Panther’ and his desire to play a role in history. On some occasion, the welterweight king even published montages that dressed him in the suit worn by the late Chadwick Boseman during ‘Captain America: Civil War’. All that said, we can only wait to see how the champion performs on the big screen.

admin
See also  The clubhouse comes to Android: how to find an invite