Dan Trachtenberg (‘Predator: The Prey’): “The Comanches were the best hunters on Earth” 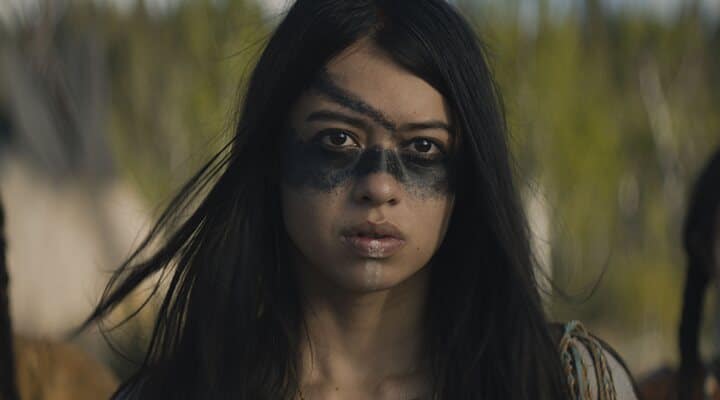 ‘Predator’ is back. The iconic action and science fiction saga is about to release its fifth film. The seventh if the two crossovers with the ‘Alien’ saga are taken into account. In this case, the film, ‘Predator: The Prey’, travels to the past for the first time, specifically at the end of the 18th century on the Great Plains of North America. There, a young Comanche named Naru, whose dream is to prove that she can be a hunter, will have a bloody confrontation with a Predator who has come to Earth to hunt down the tribe.

“The Comanches were the best hunters on Earth”its director Dan Trachtenberg tells us in an exclusive interview with eCartelera, “‘Predator: The Prey’ is the most natural union you’re going to see between two opponents”. In fact, when her lead actress, Amber Midthunder, began preparing auditions for the role of Naru, she didn’t even know that what she would have in front of her would be one of the deadliest aliens in movie history. “When I found out it gave me a lot of anxiety”he assures now between laughs.

‘Predator: La Presa’ remains very faithful to the original spirit of that ‘Predator’ from 1987. Trachtenberg even suggests that “the way the Predator stalks is even more suffocating and ferocious than in the previous ones”. But another of the most striking aspects of the film is its authenticity and commitment to indigenous cultures. Midthunder, who belongs to the Assiniboine Sioux tribe of Fort Peck, states that although Comanche is not his culture, “Having an indigenous action heroine, with all that it means, makes me very happy, fills me with pride”. For her part, producer Jhane Myers, half Comanche and half Blackfoot, adds that “it was amazing to see how important this culture could be in the film” because in the movies “the natives and our cultures have always been parodied or caricatured”.

A movie to make history

Both Midthunder and Myers recount numerous anecdotes and elements to which they paid special attention, such as a moment in which Naru whistles at night, a gesture forbidden to Native American cultures since it attracted evil spirits (symbolized in the Predator). And both are very proud because ‘Predator: La Presa’ is the first film in history to be released including the option of dubbing in a native language, in this case Comanche. “The preservation of languages, especially for native cultures, is very important”explains the actress, “this makes me feel very, very, very proud”. A huge event that serves to do justice to their people.

See also  They raise the hype around Thor: Love and Thunder