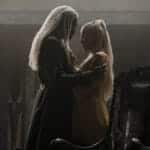 Epic battles against the icy White Walkers and the aerial conquest of fire-breathing dragons have never looked so good, as HBO Max has released all eight seasons of “Game of Thrones” in 4K Ultra HD, HDR 10, Dolby Vision and Dolby Atmos globally on select devices (users in the US must be subscribed to the ad-free plan).

These formats make the episodes look sharper and showcase deeper, richer colors while delivering atmospheric audio. So every clang of Jon Snow’s sword, every roar of Daenerys’ dragons, and every breathtaking shot of the monumental Wall rings clearer and more detailed. The same will be true for HBO’s upcoming prequel spinoff “House of the Dragon,” which is set 200 years before “Game of Thrones” and debuts August 21.

Select devices for these additional formats include:

Beginning on August 3rd, “The Official Game of Thrones Podcast: House of the Dragon” will launch to feed fans additional content surrounding the property ahead of the new series. Hosted by Jason Concepcion (“X-Ray Vision”) and Greta Johnsen (“Nerdette”), the podcast will feature interviews with creator George RR Martin, cast and celebrity superfans.

Over eight seasons, “Game of Thrones” became the most awarded drama series in Emmys history with 161 nominations and 59 wins. The series grew into HBO’s most-viewed original program ever, with the final season averaging 46 million US viewers across all platforms. “House of the Dragon” will look to carry the property’s momentum forward as HBO weighs a handful of additional projects in development connected to author Martin’s massively popular fictional world. 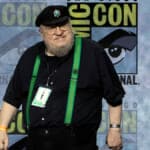