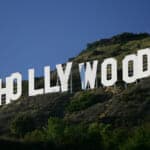 $4.4 billion were spent by film and TV productions in the state of Georgia in the 2022 fiscal year, a new record for the state, the Georgia Film Office and Governor Brian Kemp announced Monday.

Georgia hosted 412 productions, represented by 32 feature films, 36 independent films, 269 television and episodic productions, 42 commercials and 33 music videos between July 1, 2021 and June 30, 2022, the state reported. Both the total spending and the overall number of productions are up from last year, in which the previous record $4 billion was spent and 366 productions flocked to the state, despite the pandemic still slowing production and despite controversial voting laws in the state that led some in Hollywood to reconsider filming there.

“We forged a safe and appropriate path to allow the film industry to return to operations and deliver Georgia Made productions to eager consumers all around the world – even when some states continued to stay shut down and stifle the industry’s return to normalcy,” Kemp said in a statement. “Because of this partnership approach and the resilience of our state’s film and television infrastructure, which state and local economic development officials have been working for almost 50 years to build, we are once again celebrating incredible growth and investment from industry leaders.”

Hits like “Spider-Man: No Way Home” from late last year and the fourth season of “Stranger Things” were all filmed in Georgia, as well as “Loki,” “Ozark,” “The Staircase,” “Atlanta” and others.

Some of the projects currently filming in Georgia include the films “Pain Hustlers” with Emily Blunt, Francis Ford Coppola’s “Megalopolis,” the Chloe Bailey musical “Praise This,” and seasons of “Dynasty,” “The Resident” and more. 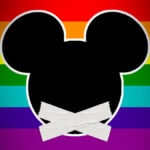 And the industry in the Peach State doesn’t appear to be slowing down. This year, Reynolds Capital announced that they would invest $60 million in Athena Studios, a new soundstage development in Athens, Georgia, which will host 350 million square feet of stage and mill space and a building for the University of Georgia and the Georgia Film Academy to teach students film production.

Also in March, United Talent Agency kicked off its new full-service office. And while developing the former Doraville GM site, Gray Television announced a new partnership with NBCUniversal Media (NBCU) to lease property for content creation as well as manage all production facilities, including Gray’s studios. This partnership is estimated to create more than 4,000 new jobs in the state. And MBS Equipment Company (MBSE) in October 2021 announced the opening of its new East Coast headquarters at Trilith Studios in Fayette County.

Gaming, esports, and other interactive entertainment projects such as mobile games; virtual reality, augmented reality and console and PC game development are also part of production growth in the state, but are not included in the film industry’s direct spend totals. Riot Games recently announced that the 2022 League of Legends World Championship semifinals will be held in Atlanta.

Back on July 20, a federal appeals court allowed Georgia’s ban on abortions after just six weeks of pregnancy to immediately take effect. Such legislation previously inspired some in Hollywood to call for boycotts of filming in the state.

See also  Lucifer finally answers what happens when a priest, a rabbi, and an imam walk into a bar

“Georgia’s thriving creative arts and entertainment industries support thousands of jobs across our state,” Speaker David Ralston said. “By working collaboratively between the public and private sectors we have created an economic engine that is the envy of the nation. From blockbuster motion pictures to the latest video games, Georgia-produced content is everywhere, demonstrating our competitive advantages in this multi-billion-dollar industry. For producers who are serious about having access to the best talent available and state-of-the-art facilities, Georgia is on their mind.”

“The credits rolling are the names of our neighbors and our cities, and it’s incredibly exciting to bring our Georgia people and places around the world through entertainment,” Georgia Department of Economic Development Commissioner Pat Wilson said in a statement. “We thank Georgia’s leadership, the companies doing business here, the professionals at our Georgia Film Office, and all of our partners who have worked continuously to bring more film and television production to Georgia. Their tireless efforts improve the lives of thousands of Georgians and their families, and a make significant positive impact on our state’s overall economy.”

“It’s very gratifying to see the continued commitment to Georgia’s film industry through local investment in soundstages, support services companies, and educational programs throughout the state,” Georgia Film Office Director Lee Thomas said. “We send a big thanks to the companies who have invested here and the communities that work so hard to make films dreams a reality for their local residents and economy.” 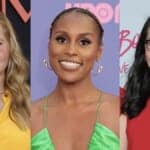