Heather Gray, Executive Producer of ‘The Talk,’ Dead at 50 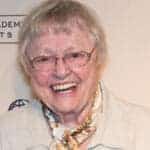 Heather Gray, executive producer of “The Talk,” has died. She was 50.

“She showed us what true courage looks like,” the executives said in the joint memo. “She was an admired, beloved mama bear of your family and a leader that you all looked up to. Her contributions to the success of the show are immeasurable, but more importantly, she was a boss that proved you can lead with kindness, caring and friendship. Heather was everyone’s friend, everyone’s champion, everyone’s favorite person on the set. We will miss her terribly.”

CBS publicly announced Gray’s death on Sunday, writing in a social media posts that she was “the heart and soul of ‘The Talk’ from day one. Her brilliance as an innovative producer was only outmatched by her huge smile and infectious laugh.

She previously won two Daytime Emmy Awards as a supervising producer for “The Tyra Banks Show.”