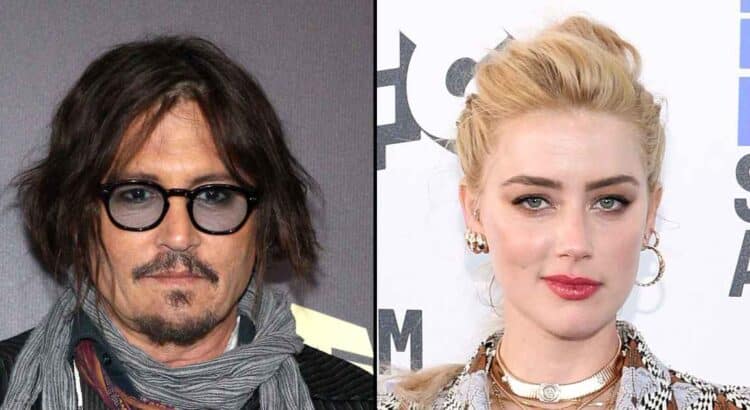 The legal battle continues. Two months after a jury ruled in favor of Johnny Depp in his defamation case against Amber Heardpretrial court documents have been unsealed, revealing evidence that was ruled “inadmissible” during the highly publicized trial.

According to a filing submitted in March, the Pirates of the Caribbean star, 59, allegedly tried to submit “nude pictures” of Heard, 36, along with other evidence that she worked as “an exotic dancer years before she met Mr. Depp.” the Aquaman star’s team claimed Depp’s move was an attempt to “frivolously and maliciously suggest or imply that Ms. Heard was at one time an escort.” Heard’s lawyers were able to prevent the “irrelevant personal matters” from being brought up during the highly publicized, arguing that it was inappropriate, according to the DailyBeast.

The documents also detail another incident in which Depp’s team claimed that the court should exclude any evidence of “supposed misdeeds” from Depp’s former lawyer, adam waldman, which was granted by the judge. The jury was also reportedly prevented from seeing any evidence “of negative social media traffic and purported Russian ‘bot’ campaign regarding Ms. Heard.”

the Edward Scissorhands star’s lawyers later asked that all references to his friendship with Marilyn Manson be excluded from the trial, out of concern that it would “smear Mr. Depp under a guilty by association theory.” (In 2021, Manson was accused of sexual ad physical abuse by multiple women, including her ex-fiancé Evan Rachel Wood. He has denied the allegations.)

The release of pretrial documents comes one month after the Magic Mike XXL actress’ request for a mistrial was denied by Judge Penney Azcarate amid claims that one of the jurors was not properly verified. “The parties also questioned the jury panel for a full day and informed the Court that the jury panel was acceptable,” the judge wrote in her decision in early July. “Therefore, due process was guaranteed and provided to all parties in this litigation … there is no evidence of fraud or wrongdoing.”

the Finding Neverland star sued Heard for defamation in connection to a 2018 op-ed she wrote for Washington Post, in which she described herself as a survivor of domestic abuse. Though she did not name her Rum Diary costar — whom she was married to from 2015 to 2017 — in the essay, Depp claimed that it negatively impacted his career.

After a two-month trial, a jury ruled in favor of Depp, awarding him $10 million in compensatory damages and $5 million in punitive damages. His punitive award was subsequently reduced to $350,000 due to a Virginia state law that set a cap on the maximum amount that can be awarded. Heard was also awarded $2 million after the jury found that Depp’s attorney had made a defamatory statement about her when he alleged that her abuse claims were a hoax.

On July 21, Heard’s team officially filed to appeal the verdict. “We believe the court made errors that prevented a just and fair verdict consistent with the First Amendment,” a spokesperson for the Texas native told Us Weekly exclusively. “We are therefore appealing the verdict. While we realize today’s filing will ignite the Twitter bonfires, there are steps we need to take to ensure both fairness and justice.”

In response to the appeal, a spokesperson for Depp told Deadline in a statement that the actor “remains confident” that his ex-wife will lose the appeal. “The jury listened to the extensive evidence presented during the six-week trial and came to a clear and unanimous verdict that the defendant herself defamed Mr. Depp, in multiple instances,” the statement read. “We remain confident in our case and that this verdict will stand.”

See also  The wildest reactions from Ted Lasso fans? The cast says it's the tattoos

Keep scrolling to see the biggest revelations from the newly unsealed court documents: