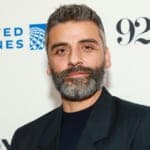 Kasee ​​Calabrese has been tapped for the dual roles of executive vice president and chief financial officer at Endeavor Content.

The finance executive previously served as EVP of Global Finance at AMC Networks.

In her newly created senior leadership position, Calabrese will be responsible for the TV and film studio’s finances, along with its distribution, documentary, music and live experiences divisions. She will report to co-CEOs Chris Rice and Graham Taylor.

“As Endeavor Content continues to expand around the world, Kasee’s leadership in both corporate and operational finance, her deep experience in business development and highly sought-after international perspective will be invaluable as we build on our success to date,” Rice and Taylor said in a joint statement.

“Endeavor Content has a rich legacy of working with the best storytellers and creative talent in the world, combined with an unmatched collection of premium content assets,” Calabrese said. “It is uniquely well-positioned to build on this strong foundation and capitalize on meaningful growth opportunities ahead.”

She continued, “I look forward to working with Chris, Graham and the entire Endeavor Content team to continue building this innovative, world-class studio.”

Calabrese began her nine-year tenure at AMC as a VP of finance and corporate strategy, before moving up to senior VP of the division, then senior VP of business acceleration. After her promotion to EVP of Global Finance in 2021, she oversaw global financial planning and analysis across distribution, programming, streaming, advertising and international and played a key role in the domestic and international launches of AMC+. Prior to her time at AMC, she held executive finance roles at Leftfield Entertainment, HIT Entertainment/Mattel, Cenveo, and RR Donnelley.

Late last year, Endeavor sold a majority stake of its scripted content to South Korean media and entertainment group CJ ENM in a deal valuing the company at nearly $1 billion.