Larry Ellison Steps Up as Top GOP Midterm Fundraiser – But Why? 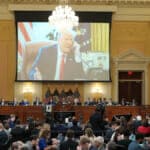 ”Larry is too smart and savvy to fall for the Trump snake oil, but there are some in Silicon Valley who are tired of Democratic class warfare,” a Republican strategist said

The financial support is all the more notable given that Ellison’s two children, Megan and David, are prominent Hollywood producers, a notoriously liberal environment. Megan Ellison is the founder of Annapurna Pictures, which made the Oscar-nominated war critique “Zero Dark Thirty” among other films, while David Ellison is the founder and CEO of Skydance Media, which made this year’s billion-dollar box office hit, “ Top Gun: Maverick.”

Ellison made his first $5 million donation to the Scott group in 2020 and then another $5 million in 2021 and $15 million this year, backing the GOP’s hopes to win back the House and Senate this November – and then the presidency in 2024.

With Ellison donating $25 million to Opportunity Matters, the tech mogul has accounted for nearly 88 percent of the group’s funding, solidifying the 77-year-old billionaire’s position as a major GOP player. With a West Coast penchant for spotting the next big thing, Ellison has provided seed money that could help fuel Scott’s run for the presidency, if he decides to get into the race.

Doug Heye, a top GOP communications consultant, said he’s not surprised by Ellison’s support of Scott and his PAC.

“I’m a massive, completely biased Tim Scott fan,” said Heye, former communications director of the Republican National Committee. “He’s one of my favorite people in the party. He’s the prototype of what Republicans should look for in a candidate. I haven’t spent $25 million on him, but clearly there’s enthusiasm there for Larry.”

Heye, a veteran of the George W. Bush administration, said Scott is “looking at the political environment as much as everyone else” contemplating presidential runs in 2024.

If Scott is not the GOP nominee for president, Heye said he anticipates the North Carolina senator will be on a “very short list” for the vice presidency, making him the first black running mate on a GOP ticket.

See also  Walking Dead: Rick's toughest scenes never made it onto the show

Neither Ellison nor his representatives responded to requests for comment. Some prominent GOP consultants, determined to move the party beyond the Trump era, wonder if Ellison’s donations are a sign that he’s gone “full MAGA.”

Joe Trippi, a senior advisor to the lincoln projectthe Republican-led group formed in 2019 to oppose Trump’s reelection, said he believes Ellison has joined “a rogues’ gallery of billionaires” lining up to fund the Make America Great Again “extremist ideology.”

But Mike Murphy, a top Republican media consultant, said while Ellison’s motives are a bit of a mystery he seriously doubts that the billionaire is firmly in the Trump camp.

“I think Larry is too smart and savvy to fall for the Trump snake oil, but there are some in Silicon Valley who are tired of Democratic class warfare,” said Murphy, co-director of the University of Southern California’s Center for the Political Future . 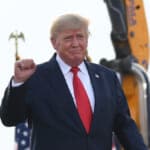 “There’s probably some personal connection there that got him interested in Scott,” Murphy said. “There also could be something the Democrats did that upset Larry.”

Federal Election Commission records show that Ellison has donated a total of $36 million to candidates and committees since 1991 – with most of his giving occurring the past three years.

Murphy said Ellison may simply see a good investment in a rising star like Scott.

“Scott is not the most pro-Trump guy in the party, but he definitely has not been any courageous anti-Trump leader either,” Murphy said.

The political donation pendulum swings both ways, Murphy said, noting that many of the donors he works with shifted from Republican to Democrat after Trump.

Ellison didn’t always lean right with his political contributions. He gave a series of donations totaling $120,000 to the Democratic National Committee in the 1990s, according to FEC records.

In 2012, he gave $73,300 to former Sen. Mitt Romney’s presidential run and made a $30,800 donation to the Republican National Committee. The following year, I supported Democratic Sen. Harry Reid’s Searchlight fund in 2013 with a $5000 donation. 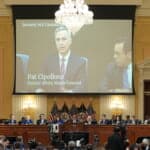 Murdoch’s bi-partisan giving continued through 2008, when he supported the presidential bids of both Sen. John McCain and Sen. HillaryClinton. After that, federal records show Murdoch donations to Democrats had largely stopped.

By 2014, Ellison had also stepped away from giving to both parties, instead investing millions in the GOP.

“Politics has become so much more personal now, for a lot of folks, especially major donors,” Heye said.

In recent weeks, Ellison has come under scrutiny for participating in a November 2020 call with Fox News Host Sean Hannity, Republican Sen. Lindsey Graham, and others to discuss ways for contesting the legitimacy of Joe Biden’s victory over Trump, according to to report in The Washington Post.

With Ellison’s $25 million donation, FEC records show Opportunity Matters gearing up for a battle while also sharing its donations with other Republican PACs. The PAC’s largest money transfer occurred in 2021, with a $1 million contribution to the National Victory Action Fund, a GOP group known as a “hybrid PAC” that can support candidates and make independent expenditures.

According to the group’s websiteit is led by Cory Gardner, a former Republican US senator from Colorado. 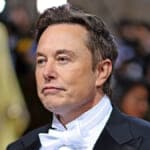 Besides being the most notable supporter of Elon Musk’s attempted Twitter takeover, Ellison’s company Oracle was backed by Donald Trump in 2020 to acquire the China-based video sharing app TikTok, following privacy complaints that the Chinese government had access to US user data.

During a press briefing at the time, Trump said: “I think Oracle is a great company, and I think its owner is a tremendous guy.”

Although Oracle’s TikTok acquisition was shelved indefinately, TikTok said last month “100% of US user traffic” was being routed to the Oracle Cloud Infrastructure.

Pundits assumed Ellison was firmly in the Trump camp when he opened his Rancho Mirage estate for a large fundraiser for the president’s reelection campaign in February 2020. Supporters paid between $100,000 and $250,000 to play golf and have their photo taken with the then-president. More than 2000 of Ellison’s Oracle employees signed at petition protesting his decision to host the fundraiser.

Of all the well-monied GOPers at the fundraiser in the desert that night, there was one notable exception – Ellison himself had skipped the affair without a public explanation.

“Be absolutely precise,” Ellison told Forbes magazine during an interview at his Rancho Mirage home in April 2020, two months after the fundraiser. “I said President Trump could use the property. I was not here.”

He added: “We only have one president at a time. I don’t think he’s the devil—I support him and want him to do well.”