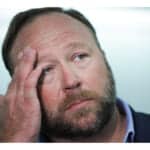 On Monday’s edition of “Morning Joe,” beloved correspondent and elections expert Steve Kornacki was invited to dissect exactly what the midterm elections look like right now.

While co-host Joe Scarborough was quick to note that he’d “be the last to suggest that polling in July makes any difference, [but] it does give you a snapshot” of the time, he sees the way Republican Senatorial candidates are setting the stage in swing states like Arizona, Georgia, and Pennsylvania and thinks it’s going to be a hard hole to dig themselves out of.

“I’ve been absolutely stunned by just how self-destructive – in my opinion, not yours – the Republican party has been by the people that they put up to run state-wide races in swing states,” Scarborough told Kornacki, opening the segment. “There is not a state that is more of a swing state now than Arizona, and my god, the people who look like they’re lining up to win are all-in for the Trump conspiracy theories.”

With an invite from co-host Mika Brzezinski to “take us to Crazy Town,” Kornacki dove in to give his breakdown on some of the most heated battleground states. I have echoed Scarborough, saying that it’s the Democrats’ exact hope that the Republican party will self-destruct with their candidates’ questionability.

“What you’re outlining there is the Democrats’ hope,” Kornacki said. “Here in the face of a climate that otherwise – if you just look at Joe Biden’s approval rating, state of the economy, and the history of how midterm elections go for White House parties – Democrats are hoping what you just outlined will be a major mitigating factor that would allow them to defy history and to keep the Senate.” 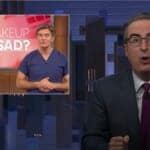 With a Senate that currently balances out 50-50 between the two parties, Kornacki indicated that even a net gain of one seat for control would be an uphill battle for Republicans.

“Given the environment and everything we’re talking about, you would think looking at this map that one seat wouldn’t be too hard to come by,” he said. “So right away, you take a look here: What would the two most likely options be for Republicans. Well, the two Democratic-held seats that were the closest in the 2020 election were Georgia and Arizona. They both went for Biden in 2020, but remember, about 11,000 votes was Biden’s margin in Georgia, inside a 10,000 votes in Arizona.”

The razor-thin margin means that there’s no room for error for either party going into this year’s midterms, and “the polling for Republicans have been concerning so far,” Kornacki said, pointing to Georgia’s candidate Herschel Walker and later adding that Dr. Mehmet Oz had an even “steeper hill to climb” in the more left-leaning Pennsylvania race.

Watch Kornacki’s full midterm elections breakdown in the video above. 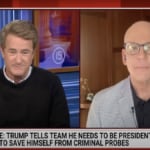