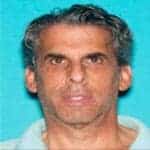 Rapper Mystikal, who is known for his song “Shake Ya A–,” has been arrested in Louisiana on charges of first-degree rape, simple robbery, domestic battery abuse: strangulation, felony, false imprisonment and simple criminal damage to property.

TheWrap confirmed the news with the Ascension Parish Sheriff’s Office.

“According to Sheriff Bobby Webre, on July 30, at approximately 11:58 pm, deputies with the Ascension Parish Sheriff’s Office responded to an area hospital in reference to a sexual assault,” the APSO wrote in an email to TheWrap. “Detectives interviewed the victim who sustained minor injuries during the attack.”

“Through further investigation Michael Tyler was identified as a suspect,” the email continued. “He was arrested and booked into the Ascension Parish Jail. He is charged with First-Degree Rape, Simple Robbery, Domestic Abuse Battery – Strangulation, False Imprisonment, Simple Criminal Damage to Property. This is an ongoing investigation. Further details may be limited at this time.”

The Judge is holding Tyler without bond.

Mystikal’s rep did not immediately respond to TheWrap’s request for comment.

Michael Lawrence Tyler has been previously indicted on 2018 charges from an incident in 2016 when he was charged with kidnapping. The charges were dropped after the rapper spent 18 months in jail. He was also indicted by a Caddo Parish, Louisiana, grand jury on one count each of first-degree rape and second-degree kidnapping, per KSLA News 12 in September 2017. 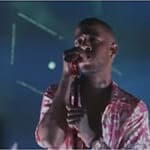 In August 2017, Tyler turned himself in to authorities at the Caddo Correctional Center. In 2003, the “Danger (Been So Long)” rapper pleaded guilty to sexual battery and extortion charges, serving six years in prison.

The emcee and two of his bodyguards forced that victim, the rapper’s hairstylist at the time, to perform oral sex and then accused her of stealing $80,000 in checks, per The AV Club.

Following his release in January 2010, Tyler was on probation for five years and registered as a sex offender in his home state. 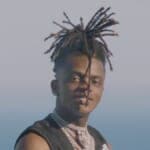