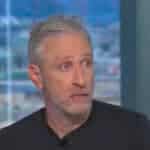 One of the Republican senators who flipped on their support for the PACT Act vote last week is responding speaking out.

Sitting with Jake Tapper on Thursday, former “Daily Show” host and vocal advocate for the bill Jon Stewart lambasted the flip, saying, “What the f— are you talking about!?” On Sunday, himself sitting with Tapper as if in response to Stewart’s interview, Sen. Pat Toomey had an answer.

The Republican senator from Pennsylvania joined Tapper on CNN’s “State of the Union” to defend his and his Republican colleagues’ decision to change their support and vote against the PACT Act, which extends healthcare access for veterans who were exposed to toxic burn pits while on the line of duty.

Republicans’ line of argument has thus far been in regards to the bill’s budget, to which Tapper questioned: “What do you say to those who find it impossible to believe that of all the multi-trillions of dollars in our federal budget, this is where you and Republicans decided to take a stand?”

At the ready, Toomey responded: “Here’s what you need to keep in mind, Jake. First of all, this is the oldest trick in Washington: People take a sympathetic group of Americans (and it could be children with an illness, it could be victims of crime, it could be veterans who’ve been exposed to toxic chemicals), craft a bill to address their problems, and then sneak in something completely unrelated that they know could never pass on their own and dare Republicans to do anything about it because they know they’ll unleash their allies in the media and maybe a pseudo-celebrity to make up false accusations to try to get us to just swallow what shouldn’t be there. That’s what’s happening here.” 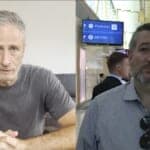 The Republican senator maintained that he and his colleagues are “not opposed to any of the substance of the PACT Act,” and that if an amendment vote that rids the bill of the budgetary issues in question goes through in his favor, he’d be voting for it to pass.

See also  They accuse him of sexually abusing his granddaughter, now he will face justice in the US

“If I get my way, I get my change, it will not change by one penny any spending on any veterans’ program,” Toomey said. “What I’m trying to do is change a government accounting methodology that is designed to allow our Democratic colleagues to go on an unrelated $400 billion spending spree that has nothing to do with veterans and it won’t be in the veteran space.”

For Toomey’s full response to the controversial vote – and to hear his thoughts on Joe Manchin’s reported climate bill support – watch his interview with Tapper in the video above. 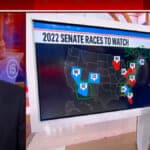