Spain enters a warmer and drier quarter than usual 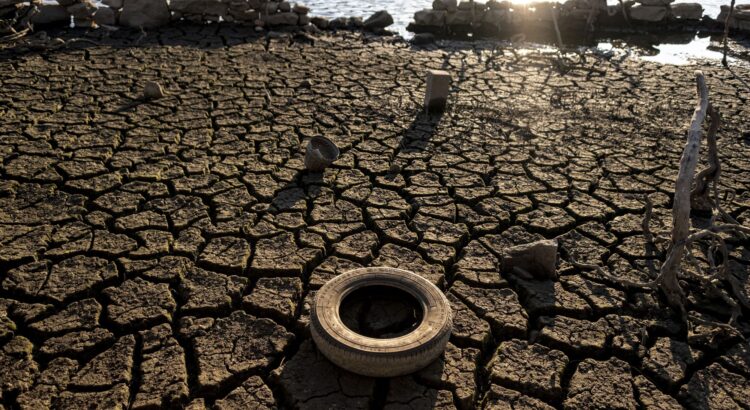 After a particularly warm June and a July marked by one of the most intense heat waves ever recorded in Spain, August kicks off with a new rise in thermometers. According to the seasonal forecast of the State Meteorological Agency (AEMET), everything indicates that the next three months will be warmer and drier than usual. There is up to a 60% chance that the temperatures of August, September and October are above the usual values ​​for this time of year. And a 45% probability that the rains will be below what is expected for these months.

If the forecasts are confirmed, Spain would be facing a new quarter marked by high temperatures and the low rainfall: a prediction that, as the climate crisis progresses, is becoming more and more common. According to historical records, Spain has at least seven consecutive summers registering higher values ​​with respect to the average of the last decades. It has also been observed that nine of the ten hottest summers recorded from 1965 to the present have taken place in the 21st century and five of them to the last decade. The drought risk, meanwhile, has also increased in recent decades. In fact, it is estimated that more than 70% of the peninsula is at risk of desertification.

#AEMET Seasonal Forecast🌡️
For August-September-October, the most likely scenario (60%) is that of a quarter that is warmer than normal in most of the Peninsula and the Balearic Islands. There is only a 10% chance that it will be colder than normal.https://t.co/08vAFdidk3 pic.twitter.com/j3grdr79K0

This year, with at least a month to go before the season officially ends, the first analyzes suggest that we could be facing the fourth hottest summer since records exist. The first analyzes carried out on the months of June and July suggest that the average maximum temperature recorded in those months is the highest since there are records in at least 25 provinces Spanish. This is equivalent to the fact that, so far, half of the country is experiencing one of the hottest summers in its history.

In Barcelonafor example, the last time they registered normal temperatures or below the reference values ​​was in April. Since then, the city has lived week after week with thermometers marking higher figures than usual for this time of year. In Madridaccording to the platform ‘hoyextreme’ led by climate scientist Daniel Argueso, throughout the month of July there have only been two days with temperatures below normal and more than fifteen days with values ​​among the warmests ever recorded in the capital.

While the heat advances, the water reserves are in a critical situation. Rain records indicate that we are in the fourth driest hydrological year since 1961. Right now, Spanish reservoirs are at 42% of their capacity. In communities such as Andalusia, Murcia, Extremadura and Castilla-La Mancha, the reservoirs are now below 36% of their capacity. Exactly one year ago, national water reserves were around 50%. In the last ten years, the average for this week was over 60%. In a recent interview, the Secretary of State for the Environment, Hugo Moranhas defined that the current situation of water deficit it is “the most serious in the last 15 years in Spain“.

Each decade warmer than the last

The increase in temperatures is the clearest symptom of the climate crisis in Spain. It only remains to be seen how year after year, Spanish summers continue to break heat records. In 2020, for example, the average temperature during this season was almost a degree above normal. That year, in addition, the arrival of two heat waves marked record figures in several locations in the country. In the Basque town of Hondarribia they came to register 42.2 degrees: a temperature almost two degrees above the maximum values ​​of the last seventy years. In 2021, the temperatures were ‘only’ 0.3 degrees above the reference values ​​and, even so, the arrival of an extreme heat wave left the record hottest temperature ever recorded in the country: the 47.4 of Montoro (Córdoba).

According to data from the World Meteorological Organization (WMO), global thermometers have seven consecutive years marking abnormally high temperatures. On average, the global temperature is now one degree warmer than pre-industrial levels. In addition, the planet’s historical weather records also indicate that the last five decades have each been warmer than the last. From 1980 until now, well, each ten-year stretch has made hotter than in the previous ten years.

Forecasts for the coming decades suggest that global thermometers will rise more or less depending on how greenhouse gas emissions advance. If the world continues to emit as before, by the end of the century the global temperature could increase about three degrees on average. In the case of Spain, this increase could translate into an increase in temperatures of between four and seven degrees on average. This would imply summers with normal temperatures above 30 and with highs up to 50 degrees during heat wave episodes.