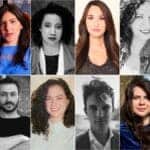 The Sundance Institute launched a new program Monday called the Latine Fellowship and Collab Scholarship, which will provide fellowships and scholarships to 11 emerging Latino artists, as well as career development opportunities and chances to connect with other mentors and filmmakers.

The non-profit Sundance Institute Latine Fellowship will provide six emerging Latino artists who have been previously supported by the Institute with a year-long, multi-disciplinary fellowship experience that begins this month, offering creative and tactical support along with unrestricted non-recoupable grants of $10,000.

The remaining five artists have no prior engagement to Sundance Institute and will receive a scholarship to attend a live online course with the non-profit’s learning platform Sundance Collab, as well as feedback on their projects and networking opportunities.

The institute also unveiled the 11 names of the individuals who will receive the grants, as well as their selected projects, which you can find below.

“Latinx talent has always been present at the Sundance Institute but supporting these storytellers across disciplines in a single class of fellows or by providing them with a Sundance Collab scholarship is a way for us to deepen our ties to extraordinary artists telling valuable stories,” he said Carrie Lozano, director, Documentary Film & Artist Programs. “More importantly, this new program is a way for them to build on their craft, move forward with their current projects and build a community with other up-and-coming, diverse creators.”

“Over the years, we’ve seen incremental change in industry-wide representation for Latinx creatives. We’re thrilled to be partnering with the MacArthur Foundation and Board members Lyn Lear and Cindy Horn in our commitment to continuing and expanding the work that’s needed for more substantive change,” said Michelle Satter, founding senior director, Artist Programs. “It is our hope that by creating opportunities with these two program strands, we can elevate Latinx representation with more visibility, access to resources and meaningful connection with each other, the industry and the larger Sundance ecosystem.” 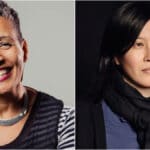 The 2022 Latine Fellowship & Collab Scholarships were developed with leadership funding support from Lyn Lear and Cindy Horn, and additional support from the John D. and Catherine T. MacArthur Foundation.

The fellows selected for the 2022 Sundance Institute Latine Fellowship are:

Ashley Alvarez (writer) and Michael Leon (co-writer and director) with “Crabs in a Barrel” (USA): When her talentless frenemy is anointed the “future of Latinx voices,” a struggling Latina writer sets out to sabotage the unearned opportunity. After failing to recruit her friends from her to join her crusade, she gets a lucky break when she learns her rival from her is n’t exactly who she says she is.

marilyn olive (director/producer) with “Chalate” (USA): A grandmother teaches her young granddaughter valuable life lessons while they make ends meet selling what they can in the small market of Chalatenango, El Salvador.

George Perez (creator/writer) with “Los Cubanos” (USA): Forced to flee Castro’s Cuba in 1980, a husband and wife make the gut-wrenching decision to abandon their daughter. Now, in a threatening and uncertain America, they’ll do anything to protect their other children; becoming drug traffickers and assassins, echoing the past they left behind.

cat rodriguez (divider/performer) with “Untitled Bikini Bodybuilding Project” (USA): A hybrid theater and live-stream performance that uses a female bodybuilding competition as an allegory for questions about race, class, gender, and climate.

The artists selected for the 2022 Sundance Institute Latine Collab Scholarship are:

shireen alihaji (writer/director)with “Blue Veil” (USA): In the wake of 9/11, a First-Gen Muslim teenager discovers her mother’s record collection and begins sampling. The songs reflect her parent’s migration stories (from Iran and Ecuador) to America, and serve as a roadmap to Amina’s identity de ella. As music unlocks memories, Amina remembers who she is.

Erin Nene-Lee Ramirez (writer/director) with “Love, as an Illusion” (USA) : In the heat of a New England summer, a young Dominican student finds himself stirring up the intimate dynamic between a reckless teenage couple as he spends his final days in the US, where he challenges the couples’ ideas of acceptance, intimacy and love.

Fabiano Mixo (writer/director)with “A Home of My Own” (USA) : When an insomniac handyman comes across a train in the forest after a flood in town, he decides it’s time to build his own house.

Maggy Torres-Rodriguez (writer) with “Cherries” (USA): Inner-city Miami knew the gang as The Cherries – sweet Latina vigilantes who protected teenage girls by keeping drugs off the streets… and butchering drug dealers if they had to. Ten years later, the retired Cherries are forced to reconvene in order to survive against the resurgence of old enemies. 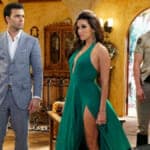