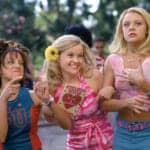 The reality TV star will join “RHOC” for its upcoming 17th season. Having been a founding member of “RHOBH” in 2010, Armstrong remained on the series for three seasons and has since guest starred. It’ll be the first time she appears on “RHOC,” Bravo’s flagship show, which first premiered in 2006 and launched the tentpole franchise.

She’ll be joined on the series by Judge, who confirmed her return to the “RHOC” after exiting two years ago. The show will also feature former mainstay Heather Debrow (who returned last season and costarred alongside Judge), Shannon Storms Beador, Gina Kirschenheiter and Emily Simpson. Season 16 stars Jennifer Armstrong and Noella Bergener are departing the series, they announced last month.

Here’s hoping we get another good meme out of her time on the show! 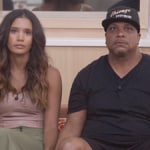