The Flash to End With Season 9 on The CW 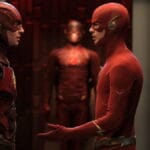 The last remaining OG of the Arrowverse is saying goodbye. “The Flash” will end on The CW with its ninth season.

The series goes back into production next month, and will put out 13 episodes for its final run.

“Nine seasons! Nine years of saving Central City while taking audiences on an emotional journey full of heart, humor, and spectacle. And now Barry Allen has reached the starting gate for his last race,” Executive Producer Eric Wallace said in a statement. “So many amazing people have given their talents, time, and love to bring this wonderful show to life each week. So, as we get ready to honor the show’s incredible legacy with our exciting final chapter, I want to say thank you to our phenomenal cast, writers, producers, and crew over the years who helped make ‘The Flash’ such an unforgettable experience for audiences around the world.“

“The Flash” was among three shows that formed the basis for what would become the Arrowverse, alongside “Arrow” and “Supergirl.” The former aired its series finale in 2020, while “Supergirl” hung up the cape last year.

“The Flash” was a spinoff of “Arrow” itself — the first in the universe, as “Supergirl” started over on CBS — after Grant Gustin appeared as Barry Allen twice in the second season of “Arrow.” His third episode of him, which was planned as a backdoor pilot, got canceled in favor of a traditional pilot by The CW.

Throughout its run, “The Flash” has remained one of The CW’s most popular shows. Its eighth season, was one of the network’s most-watched shows of the ’21-’22 season, drawing 1.03 million viewers, and ranking among its most streamed shows on its digital platforms. 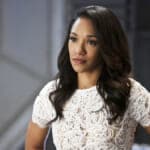 admin
See also  WandaVision: before they were a couple, Wanda tried to prevent the birth of Vision