The View: Conservatives Will Ruin This Country 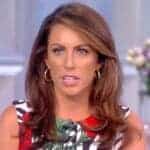 Joy Behar is pretty concerned about the issues conservatives are choosing to run on in this election cycle. On Monday’s episode of “The View,” she argued that their focus on LGBTQ+ rights and abortion rights will turn the country into a hostile nation if they succeed.

Of course, Behar also argued that conservatives might be overplaying their hand.

“They always say that the Democrats shoot themselves in the foot, but now it looks like the Republicans are doing that to themselves,” she argued. In her view of her, conservatives are taking their attention away from the “kitchen table issues” that the GOP is always touting, and focusing on bigger — harder — topics.

“Trust me, these other issues are horrifying,” she conceded. “They will turn this country into Hungary and North Korea, if they have their way.”

But for now, she’s hopeful that misguided talking points will work out well for Democrats. Citing inflation and gas prices as an easy platform point for Republican candidates, Behar marveled at the fact that they’re largely going ignored in the grand scheme of things.

“They could still convince a lot of people that it’s the Democrats fault,” Behar said. “But instead of doing that, they’re taking away benefits from wounded veterans. They’re supposed to be pro-military. They’re talking about abortion rights, which, that ship is past. That ship is over. People already decided that they want women to have free choice on this. And also on gay rights. It’s like, enough already with the gay rights issue. And so what they do is they concentrate on the wrong thing. So maybe there’s hope for the Democrats because of the stupidity of the Republicans!” 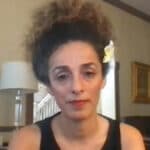 The host also poked fun at the idea that conservatives are being victimized, as Donald Trump suggested at a recent rally. Granted, those comments were more about himself than his followers, as the twice-impeached former president claimed that “there’s been no politician or president treated like I’ve been treated,” after a “friend” suggested to him that Trump is “the most persecuted person in the history of our country”

See also  Vikings: 5 reasons why Bjorn was the real king of Norway (5 was Harald)

“We’re not trying to persecute you, we’re trying to prosecute you!” she sniped. “There’s a difference, see?”

You can watch the discussion from “The View” in the video above. 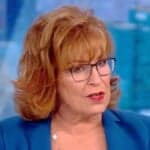