Why music, especially old music, can tap into our deepest, most meaningful life memories | CBCRadio 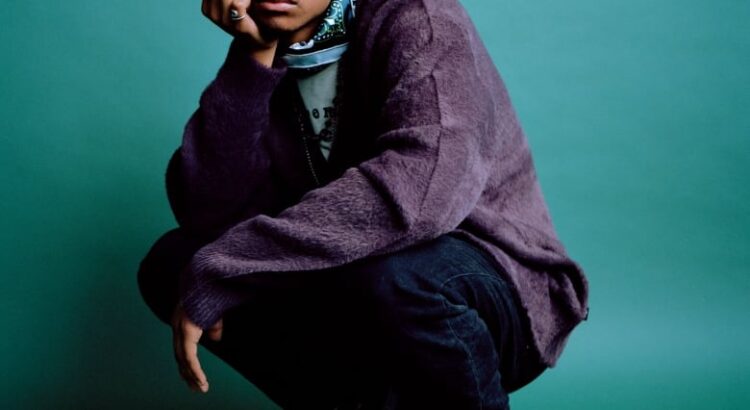 CBC Radio Specials49:00Music to my Ears

Dylan Sinclair’s musical education started early, in a gold Nissan Murano. Sinclair, a Juno-nominated artist in Toronto, can still remember him driving around with his father, listening to R&B cuts. It was Kevin Sinclair’s favorite kind of music. Dylan learned to love it too.

“I remember my dad was running his album, like, all the time, whenever we would go in the car,” Sinclair recalled. “And this song, it was very fun. I don’t know, like, as a kid, I was able to connect with it. And to this day, it’s still like one of my favorite songs.”

Whenever Sinclair hears that song, he’s a little boy again, sitting in the backseat of the Murano.

“And he’s got it on repeat. That, Mariah Carey, just R&B,” Sinclair said, giggling.

Many of us are familiar with a song evoking a certain memory: a song comes on at a party or on the radio, and instantly, we’re transported to another chapter of our lives, to a time or moment when that song weaved its way into our lives.

The connection is one of the reasons why music — especially old music — is so meaningful to people. It’s also why music became such an important coping strategy during the COVID-19 pandemic, in part to connect us with people we could not be with during lockdowns, physical distancing, and travel restrictions.

“Music is a really good way of bringing us back to those sort of previous pre-COVID times when we were actually able to get together with friends and family a bit more,” said Kelly Jakubowski, a musical memory researcher at Durham University in England .

“A lot of our memories related to music involve other people, and that’s been shown even more so than certain other cues. So I think, in this time we’ve had this absence from social contact, music can really bring back these memories of loved ones particularly well.”

Since the start of the pandemic, we’ve seen a huge uptick in the popularity of older music on streaming platforms. According to MRC, a music sales data provider, old songs made up 70 per cent of the American music market in 2021. That’s an increase from 65 per cent in 2020.

Granted, only songs released in the past 18 months count as new music. But that thirst for vintage tunes is also evident elsewhere, including in film and TV soundtracks.

stranger things sent British singer Kate Bush back to the top of the charts with Running Up That Hilla song she released in 1985. The new top gun movie tripled the streams of Heaven in Your Eyesthe Canadian rock band Loverboy’s multi-platinum hit since 1986.

Even the 2021 Super Bowl halftime show was a feast of nostalgia rap, including artists Dr. Dre, Snoop Dogg, 50 Cent and Eminem.

Going further back to the first pandemic lockdown period in April 2020, Spotify reported a 54 per cent increase in listeners making “nostalgic-themed playlists,” along with an increased share of listening to music from the 1950s, ’60s, ’70s and ‘ 80s.

It’s partly our digital age, which allows music lovers to explore and discover music from any time period instead of relying on whatever comes on the radio, or hear at a party or dance hall.

But according to Jakubowski, music can also act as a social surrogate, something many of us needed during the pandemic, to cope with the isolation and loneliness.

“Even when we’re not with other people, the feeling of music is sort of comforting and makes us feel like we have another person present, in a sort of way. It’s a sort of imaginary friend,” she said.

“Maybe the message of the lyrics resonates with us and makes us feel like we’re not alone.”

“Music is so important,” she said. “It informs your childhood and your youth. It gives everybody an anthem. It’s a balm for the soul. It’s a babysitter and a counselor and a friend.”

For Fatima Elrafie, music is a way to feel close to her mother, who passed away in 2013. While Fatima and her siblings grew up in Calgary, Susan Elrafie was forever singing I Just Called to Say I Love You by StevieWonder. She’d even call them on the phone and sing it, for effect.

It drove the kids crazy when they were little. But when Susan grew terminally ill, the significance of that song grew more profound.

“When it was her last days at the hospital, all of the hospital staff got this one volunteer to come in and actually bring in a piano into her hospital bedroom, and they played the song for her and they sang it for her, like, the whole entire unit, which is crazy,” Elrafie recalled.

“She was really sick, so she wasn’t really showing much emotion, but when they started singing the song to her, she had this huge smile on her face, literally from one cheek to the other. Her eyes just lit up so beautifully .”

Now, Elrafie can remember everything from that day, from what she was wearing — a purple headscarf and a new tan jacket — to the smell of fresh coffee in her mother’s room, which hospital staff brought on a cart for family members gathered at her mother’s bedside.

“Whenever I hear that song, which is not often, all I can think about in my head is that big gorgeous smile she had on,” Elrafie said. “It brings me back to that specific moment, even just a 10-second time slot.”

Jakubowski notes that we generally hear the same songs over and over again — especially our favorites — more times than we might re-read a book, or re-watch a movie.

That repetition helps cement the memories, especially those from our youth, when we are still growing and developing our identity as individuals — including our taste in music.

It’s related to a phenomenon known as the “reminiscence bump,” in which we tend to remember events from our lives most vividly during our adolescence and young adulthood, including music from that period.

Not only that, but music is often coupled to the most important moments in our lives: falling in love, leaving home, getting married, or even difficult memories, such as a heartbreak.

Down the road, when we hear that song again, we remember minute sensory details of that moment. Researchers in Jakubowski’s field use the term “music-evoked autobiographical memory,” or MEAM, to describe the experience.

Whenever Hafsa Maqsood hears Low by Flo Rida, she’s back in Grade 3 again, on the school bus in Calgary. She remembers riding in the bus at the end of the year with all the windows down as it played on the radio.

“When it would come on, the entire bus would erupt into the chorus, and be waving their hands around,” she said.

“It’s this great memory of coming home, and all the kids of all ages, all backgrounds, just singing the song altogether. A lot of us didn’t know what it meant.

“But every time I heard that song, I’m reminded of that part back when people could just come together over a piece of music from all different ages and not always be plugged into their personal devices.”

Written and produced by Elizabeth Withey, with files from Meegan Read. Click “Listen” above to play Music To My Ears, featuring interviews with musical artists Jann Arden, Hawksley Workman and Dylan Sinclair, and musical memory stories from Canadians from coast to coast to coast.