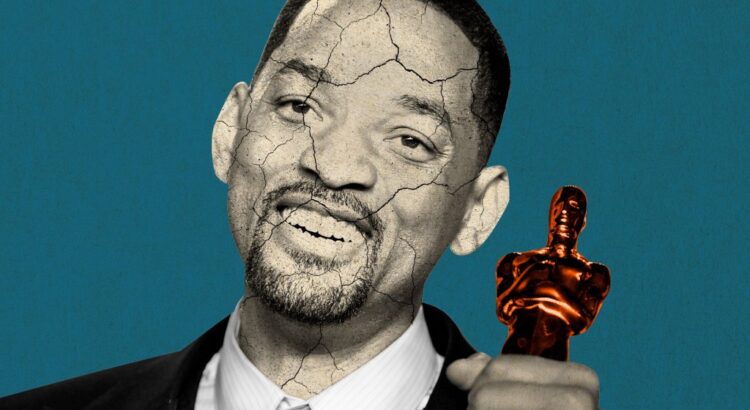 There’s no gun seen pointed at his head in the apology Will Smith released on YouTube last week. But there might as well have been one offscreen considering the production comes across as forced as a hostage video.

Don’t get me wrong: There was nothing offensive about what Smith said in his 5-minute-and-44-second monologue. And the Oscar-winning actor deserves credit for saying anything at all considering his silence from him was starting to get conspicuous.

Where Smith’s error lies is not in where it’s only natural to focus—the substance of his remarks—but in the style with which he delivers those remarks. The cardinal sin Smith commits here is even evident before he’s uttered a single sentence.

What’s most striking at the outset of the video is the decision to not have Smith verbally begin the video himself. Instead, the opening image displays the following text: “It’s been a minute. Over the last few months, I’ve been doing a lot of thinking and personal work. You asked a lot of fair questions that I wanted to take some time to answer.”

Well, here’s a simple question Smith doesn’t answer: Wouldn’t it have been more effective if he actually spoke those words on camera, rather than dispensing with any kind of opening remarks and just launching into answering a question rather abruptly?

By relying on introductory text instead of speaking the words, Smith conveys he can’t bring himself to eat humble pie. Some PR wordsmith-ing has to do that for him.

Because of this the video gets off on the wrong foot, with Smith projecting a “let’s get this over with” kinda vibe—exactly the vibe an apology should never give off. One can only imagine the kind of arm-twisting necessary for him to cooperate.

In addition, the video is structured in such an odd format, a cherrypicked selection of questions from unnamed inquisitors to which he responds. It’s such an obvious way of pushing forward a distinct set of talking points that prevents any sense of sincerity from coming across.

Then there’s the oddly stilted manner in which Smith reads aloud the very first question, “Why didn’t you apologize to Chris Rock in your acceptance speech,” as if he’s unfamiliar with the English language. It’s the kind of thing that’s meant for the cutting-room floor as a bad take, yet it leads the video.

Something feels very rushed about the production, as if it was actually a first draft of something meant to be more polished and substantial. But instead of being endlessly massaged by his publicists, perhaps the video was snatched from their trembling hands and unceremoniously dumped online far from what the finished product was conceived to be.

That really shouldn’t be the case. Maybe the understanding types among us could give Smith a pass that he wasn’t able to handle himself as best as possible in the heat of the Oscar moment. But what defies understanding after all this time is that cooler heads in his camp aren’t prevailing with a more sensible strategy. This video is no less tone deaf than how he conducted himself that fateful night in late March.

Maybe Smith isn’t truly contrite and never will be. OK, but shouldn’t he know enough to at least summon his thespian skills in order to fake contrition? What’s most regrettable about the video is that this great actor somehow can’t convey a reasonable facsimile of regret when he really needed to play the part of the penitent celebrity in real life.

See also  No Time to Die Theory: Specter with reference to Safin

No one is going to come away from this video thinking this guy really feels bad about doing wrong. More like: this guy is going to do whatever is strategically expedient to salvage his reputation from him, but he does n’t understand that people can detect phony remorse uttered through gritted teeth.

To some degree, the slapdash nature of the video is OK; anything that looks too polished feels like a product of PR. And it would have also wrong for Smith to turn his charisma on full blast because then the actorly nature of it all calls attention to itself and renders the proceedings false.

But if he was just trying to act natural, that doesn’t work here, either. He seems to be positively bristling at the indignity of it all, as if he’s too proud to appear cowed. The end result is a video nothing short of unwitting self-sabotage.