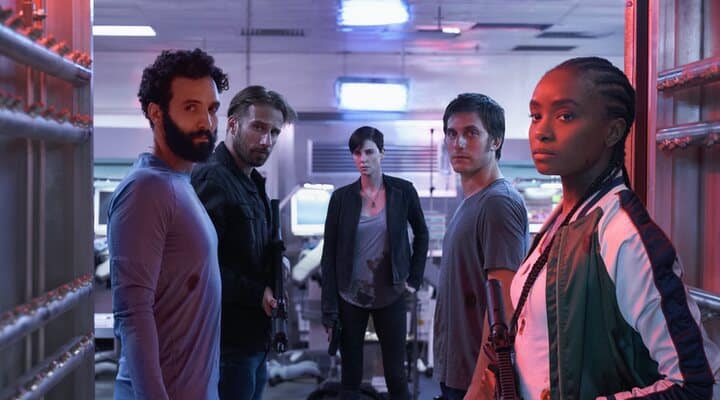 It is not déjà vu or old news, it is that it has happened again: This Monday, August 1, the Cinecittà studios in Rome burned again, the same as in 2018, in 2012 and in 2007. Although the city’s fire department has managed to control the fire soon, the flames they have calcined again several sets and part of an old set representing Renaissance Florence has been destroyed. The cause of the disaster has not been determined, although Italy is experiencing a particularly strong heat wave that is increasing the threat of fire and making it difficult to control it. At least there are no fatalities or serious injuries, not even people intoxicated by smoke, only material losses.

The fire started around 3:50 p.m. on Monday and a huge column of black smoke could be seen from different points of the Italian capital. They have been affected, although they were not in use, the structure that houses the house of Big Brother and the sets of the series ‘The Young Pope’, by Paolo Sorrentino. Also, the filming of the sequel to ‘The old guard’ has had to stop temporarily and will lose at least two days of work.

Like the first installment, ‘The old guard 2’ (no other title is known) returns to star Charlize Theron as Andy, a warrior from a group of immortal mercenaries. Joining her are Chiwetel Ejiofor, Matthias Schoenaerts, Veronica Ngo, KiKi Layne, Marwan Kenzari and Luca Marinelli, and Uma Thurman and Henry Golding have joined the cast of the sequel. Nothing is known about the plot, but behind the cameras this time Victoria Mahoney sits taking over from Gina Prince-Bythewood and Greg Rucka signs the script again, based on the characters that he himself created together with the illustrator Leandro Fernandez and the colorist Daniela Miwa for Image Comics in 2017.

Studios with a lot of history

Returning to the main studios of the Roman city, the Cinecittà opened in April 1937, fifteen months after Benito Mussolini laid the first stone, and names such as Federico Fellini, Sergio Leone, Vittorio De Sica have passed through its sets. , Luchino Visconti and Roberto Rossellini; as well as international filmmakers such as Mervyn LeRoy with ‘Quo vadis?’, Terry Gilliam, Martin Scorsese and Wes Anderson to name a few. The HBO and BBC’s ‘Roma’ and Mel Gibson’s ‘The Passion of the Christ’ were also filmed in these studios.