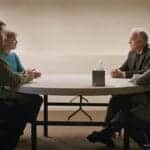 “The Handmaid’s Tale” star Ann Dowd has joined the cast of “The Exorcist,” which is the first of three horror films for Blumhouse that will continue the story established in William Friedkin’s 1973 masterpiece.

Dowd will just join the first movie in a planned trilogy of films, which is officially titled “The Exorcist.” She joins Leslie Odom Jr. in the film with Ellen Burstyn, who is reprising her role as Ella as Chris MacNeil from the original film. Dowd’s character details were not revealed.

Blumhouse, Universal Pictures and Peacock are releasing “The Exorcist” trilogy, and the first film will be released theatrically on October 13, 2023.

David Gordon Green (“Halloween”) is directing the first film. “Halloween” writers Scott Teems, Danny McBride and Green all teamed up for the story, and Peter Sattler and Green are together writing the script.

The original 1973 film “The Exorcist” has grossed over $441 million to date, making it the highest domestic grossing horror film for a 44-year-long run. The picture was also nominated for 10 Academy Awards, including one for Ellen Burstyn, who was nominated for Best Actress. The film also nabbed the honor of being the first horror film ever nominated for Best Picture.

In addition to her work on “The Handmaid’s Tale,” Dowd was recently seen in the drama “Mass” last year. She will next be seen in the political thriller “The Independent” opposite Brian Cox, Jodie Turner-Smith and John Cena.

Dowd is represented by Principal Entertainment and Innovative Artists. 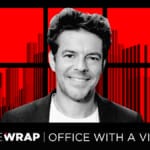