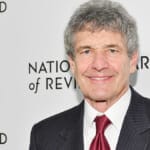 “Janet is a proven dealmaker across content distribution spanning all formats and genres, and I’m thrilled to be adding her to our team,” Glashow said in a statement, nodding to Brown’s years at independent entertainment studio Gunpower & Sky, where she served as the EVP of Global Distribution and Commercial Operations.

“North America and LatAm are very strong, growing markets for BBC Studios, and we have only begun to tap into our potential,” Glashow continued. “She joins a group of exceptionally talented executives, including Tara, whose new responsibilities reflect the growing global demand for our content, and the broad array of new opportunities and partnerships we continue to explore around the world.”

Meanwhile, as president, Content Distribution, Brown will create a vision and set strategic direction to “drive continued growth across BBC Studios diversified commercial business in North America and LatAm,” per a release. “This role includes all aspects of the content distribution business, as well as leading the company’s global distribution relationships with the top US based partners, including networks and streaming platforms, and developing innovative new business solutions to deliver growth.”

“I have had the opportunity to spend the last 15 years working with some of the most fearless, ambitious and enterprising independent entertainment companies in the business,” Brown said of joining BBC Studios in a statement. “I am honored to now have the chance to take that intrepid spirit to BBC Studios. BBC Studios’ roster of deeply resonant IP, its far-flung network of creator and buyer relationships, and its unparalleled ties into the rich British talent heritage in front and behind the camera are all pretty incredible. The company is only just beginning to bring these assets to the broader North American & Latin American market and I couldn’t be more excited to help grow the brand and the company on this side of the pond!”

Reflecting on her promotion at the company, Maitra said in a statement that the last 1.5 years with BBC Studios has been “eye-opening.”

“When I joined BBC Studios, I had a good understanding of the status and reputation of the BBC brand, but the past year and a half has been eye-opening in terms of not only our unmatched contributions to the global media ecosystem, but the countless opportunities to grow our reach around the world,” she said. “I am grateful to be working alongside a talented team of executives as my role expands.” 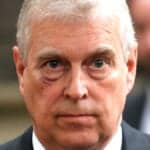