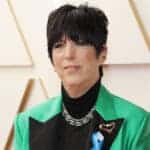 Diane Warren struck a nerve when she questioned why the new Beyonce song “Alien Superstar” would need 24 songwriters, facing stinging backlash from the Beyhive for what was seen by many as a racially insensitive inquiry. Warren, a songwriting legend who has worked with Beyonce before, surely knew better.

But the rest of us may not.

The prevalence of sampling in modern pop music covers some of it. Even if a tiny snippet of a song is used, each source-material songwriter gets their name along for the ride, plus due royalties. As Beyonce has continued to rise in stature, so she has her available sampling pool, which has included everything from Donna Summer to Led Zeppelin (yes, Jimmy Page and Robert Plant have songwriting credits on “Lemonade,” and they probably weren’t ‘t cheap).

By comparison, “Lemonade,” her 2016 tour de force and most recent LP, had 74 songwriters on its dozen tracks, for just over 6 writers per. Going back to her debut album “Dangerously in Love” from 2003, we see 57 songwriters on 15 tracks, for 3.8 per song.

The song that Warren called out for its 24 songwriters — the most we could find on any Beyonce track — has four samples (“I’m Too Sexy” by Right Said Fred, “Moonraker” by the Foremost Poets, “Unique” by Danube Dance and a speech by Barbara Ann Teer) with a total of seven songwriters. Minus Beyonce herself, that leaves 16 original contributors whose work is unaccounted for. 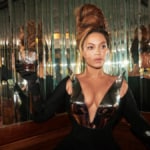 But the size of that group speaks to Beyonce’s power to command top talent, her process and modern pop-songsmithing in general. Nowadays there are beat gurus, sampling scholars, hook doctors, lyrics wizards, instrument aces and a whole host of people whose talents are being curated by, for the most part, Beyonce herself – the only individual with a writing credit on each of “Renaissance’s ” 16 songs.

There’s quite a spectrum of roles to play. Credits can be entirely passive — someone brings Beyonce your song, she decides to use a bit of it, and you get a check one day — to actively working alongside the talent in the studio. Each gets a percentage of song revenue determined by a third party, based on the amount of contribution to the finished product. 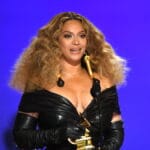 On “Renaissance,” many of the 104 credited songwriters get a fleeting mention for a single track. Several others have worked across most of the album, like Terius “The-Dream” Gesteelde-Diamant, the singer, songwriter and super-producer who has worked with Rihanna, Mariah Carey, Kanye West, Britney Spears and many more, who has credits on 11 “Renaissance” songs.

It was Gesteelde-Diamant, a multi-Grammy winner who took home a trophy for Beyonce’s 2008 mega-hit “Single Ladies (Put a Ring on It),” who first called out Warren on Twitter on Monday:

Gesteelde-Diamant may not have known this fun fact: There’s believed to be only one Beyonce song in existence that’s credited to a single songwriter (and it’s not Beyonce).

That would be the 2011 release “I Was Here,” a reflective R&B ballad from her fourth studio album “4.”

admin
See also  Bob Saget's death calls attention to head injuries. What should you look out for?