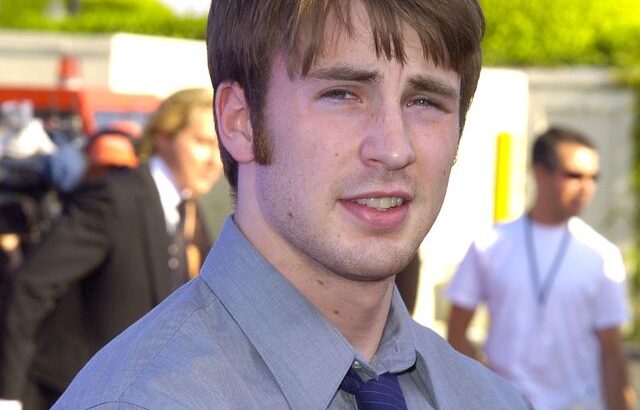 After triumphing in the Marvel universe in his role as Captain America, Chris Evans is ready to take new directions. Among the most curious in what we will soon see the actor is the biopic of the famous actor and dancer Gene Kelly in a film produced by himself.

It is clear that, in addition to maintaining an enviable physique and looking for a partner, the Bostonian actor has managed to establish himself in the last decade as one of the best-known faces in Hollywood.

But unlike many actors who come to the movies after spending a season on the stage, Evans rose to fame more for being an exceptionally handsome boy, modeling or playing the role of the high school handsome in television series or even in educational videos.

In fact, Evans’ first credited work is one of these videos titled ‘Biodiversity: Wild About Life!’ (Biodiversity: freaking out with life!), in which she plays a boy who discovers how wonderful the diversity of plants and species on our planet is.

But perhaps the most curious experience of Evans’ career is that he was one of the suitors in the board game ‘Mystery date’, specifically Tyler, a very cool. That appearance in the game preceded her move to Los Angeles in search of an acting career. At just 19 years old, the actor went to live in an apartment block inhabited by many aspiring actors. Evans remembers that time very fondly, as a key moment in his life, exciting, in which he made many strange connections and met many people who were hungry to do something in the movies. Exactly like him, he admits, and he wouldn’t have to wait long for it.

The phone started ringing right away, offering him roles on television such as in the series ‘The Newcomers’, ‘Opposite Sex’ or the movie ‘Not Another Teen Movie’, a parody in which he played the typical handsome captain of the American football team. Institute. Here are some photos from that time.

Freaking out with life!

Evans in his first role in front of the cameras, in which he played a young man who discovers how important and wonderful life on Earth is. The film was shown in schools and institutes for educational purposes.

Chris was the guy the contestants go on a date with on the beach, even though in the photos he holds his board in a way that suggests he’s probably never surfed before.

In some of his early television roles, Evans played a handsome, sensitive boy. In ‘The Newcomers’ he was the love interest of a girl who had just moved to a new city.

The series tells the curious story of a boy who enters the prestigious Evergreen Academy school, which until recently had been an all-girls institution.

It’s not another teen movie.

In ‘Not Another Teen Movie’, the future Captain America embodied the role of an American football player who, as we see in this image, is played some heavy jokes of dubious taste.

In 2001 the actor began a relationship with none other than Jessica Biel, with whom he would be until 2006, just before she started with Justin Timberlake.

2005 marked Chris Evans’ entry into the Marvel Cinematic Universe with his role as the Human Torch in ‘Fantastic Four’.