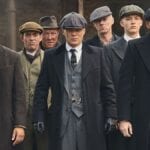 Production on Netflix’s “Old Guard 2” was disrupted on Monday after a fire broke out at Cinecittà Studios in Italy.

The flames erupted Monday afternoon, in an area of ​​the studio with a renaissance-era Florence set. The set was already in the process of being taken down when the fire hit. According to reports, three firefighter teams got the fire under control, and no injuries or major damage were reported.

“The fire has been extinguished. There are no injuries, no poisoning, no serious material damage,” a Cinecittà Studios spokesperson said in a statement to AFP.

Unfortunately, the fire impacted filming on Netflix’s “Old Guard 2,” starring Charlize Theron. In a statement to AFP, the film’s production coordinator said that two days of filming were lost as a result of the incident.

Reps for Netflix did not immediately respond to TheWrap’s request for comment on the situation.

Official cause of the fire has not been revealed, though it’s likely that the extreme heatwave in Italy is largely the contributing factor, which has resulted in record-high temperatures across Europe. 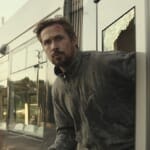