Faced with the water crisis in Mexico, the CNDH calls for eradicating corruption and ‘reversing the neoliberal trend’ 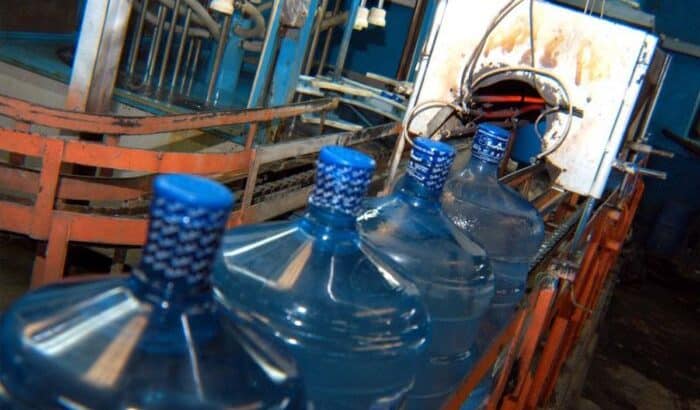 Before the scarcity and shortage of water In Mexico, the National Human Rights Commission (CNDH) called on the authorities to eliminate water corruption, issue a General Water Law and “reverse the neoliberal trend”.

According to the CNDH, the “systemic corruption” prioritizes “concessions disproportionate to companies and private entities that exploit and pollute water resources of the country for the sole purpose of obtaining economic benefits.

According to data from the Public Registry of Water Rights (REPDA) and the National Water Commission (CONAGUA), only the 69% of households in Mexico receive drinking water daily, while the 61.4% of water resources are concessioned, mainly to industries breweries, steel mills, agricultural, mining, paper, automotive and bottling companies, among other.

The CNDH stated that the problems of drought and shortages “are not only due to natural factorsyes, but to the overexploitation of aquifers that has been allowed under the protection of current laws”, which privilege privatization, “without considering the effects”, such as scarcity, contamination of rivers, lakes and lagoons and health risks.

Therefore, he stressed that the government must stop “seeing in the water a commercial product more than can be made available to large national or international capital for mere profit – as was done during the call neoliberal period.

He pointed out that this puts its use in the market first and makes it difficult to distribute it correctly in an “equitable and sufficient” manner, while violates the human right of access to water.

However, he stressed that the The State has the obligation to guarantee this right. for all people without discrimination, as well as provide their access and sustainable sanitation.

Article 42 of the Constitution establishes that “every person has the right to access, disposition and sanitation of water for personal and domestic consumption in a sufficient, healthy, acceptable and affordable way”.

Faced with this, the Commission reiterated that the government “must make a stop overexploitation of water resources, permitted through concessions granted for the purpose of industrial exploitation” and “recover water sources that have been contaminated by industries”.

Likewise, he stressed that it should issue a General Water Law “to reverse” the trend that compromises water resources”.

On January 25, the Supreme Court of Justice of the Nation ordered the Congress of the Union to issue legislation during its next regular sessionthat will take place between September 1 and December 15.

“From now on we are in favor of legislation that addresses the human right to water with a progressive approach,” declared the CNDH.

This Monday, the president Andres Manuel Lopez Obrador stated during the morning press conference that the National Water Commission (Conagua) will no longer grant exploitation concessions in drought zones.

Likewise, last Friday, the president determined, through a decree published in the Official Gazette of the Federation (DOF), that the drought in Nuevo León was a cause of public utility, of public interest and a matter of national security.

The entity is one of the areas most affected by the current water crisis. From the end of May water cuts and reductions have been made scheduled by Water and Drainage, due to the scarcity.

With the decree, concessionaires must grant water through the modification or provisional reduction of its volumes to mitigate the shortage. In addition, a support plan for supply will be established.