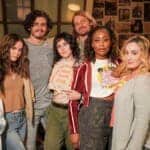 Formerly known as “Day to Knight,” the original series’ logline is as follows: “’The Come Up’ is a glimpse into the wildest feelings and vibrant moments that define coming-of-age in a post-pandemic New York. The series follows six young disruptors as they emerge from downtown New York to follow their dreams and pursue love and art on their own terms. The show follows the creative NYC underground, giving viewers an exclusive look into how the next generation of icons define themselves and how culture is created.”

The cast, which was announced during Freeform’s virtual press tour at the TCAs, is made up of Gen Z New Yorkers who are rising stars in their respective fields of modeling, fashion design, photography, acting and nightlife organizing.

At 24, Abijako is the youngest designer to have ever shown at New York Fashion Week with his fashion line, Head of State. Earlier this year, he was invited to dress “Black Panther’s” Danai Gurira and “Gossip Girl” reboot star Evan Mock at the renowned Met Gala. He is also branching out into costume design for feature films. Born to a fashion designer father and raised in Lagos, Nigeria, he has also spearheaded several initiatives to build schools in his home country.

Casablancas, who is Brazilian-born, has appeared in campaigns for top brands Balmain, Charlotte Tilbury, Wales Bonner and Chrome Hearts. During Fall 2021 fashion weeks, they took to the catwalk for Balmain and Bottega Veneta, in addition to walking for cutting-edge designer Ludovic de Saint Sernin. His father is the late John Casablancas, who founded Elite Model Management, and he is related to The Strokes’ frontman Julian Casablancas.

Hard, who is originally from Texas, recently starred in Eastine Theater’s adaptation of “Cyrano de Bergerac,” did his first stand-up comedy performance at The Broadway Comedy Club and has appeared in short films shot by friends. He also does New York street photography, live videography and music videos for local musical artists.

A Tribeca native, Shwartz is a rising actress who studied the practical aesthetics technique at David Mamet’s Atlantic Theater Company, the Meisner technique and graduated from Tufts in 2020. She was in an off-broadway production at the Tank in February 2022, directed by Alton sapwood. She also walked for Batsheva in NYFW Spring/Summer 2022.

A party host and fixture of the rave circuit, Trower most recently threw a party for Pride 2022 and is a member of the Nosferatu collectiveknown for their show-stopping Baroque Ball in Summer 2021. Beyond nightlife, she has modeled for the likes of Milk Makeup, Parade and Ganni. 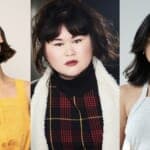 A photography prodigy who has been behind the camera since age 13, Wilson has shot campaigns for major brands like Google, Nike, Peloton, Converse, Fenty, Instagram and Pepsi and established publications like Vogue, Elle, New York Magazine, iD, Vanity Fair , The New Yorker, The New York Times, Hypebeast, Highsnobiety, Nylon and more. Wilson is also committed to advocating for young Black women photographers who have been marginalized. She is also pioneering work in the NFT space, including creating the first NFT for Instagram.

“These six creatives emerge from downtown with a vitality and magnetism that’s infectious,” Tara Duncan, president of the Freeform and Onyx Collective, said in a statement. “They are pursuing love and art on their own terms, redefining what success means, and I am so excited for our audience to have a front row seat to it all.”

“The Come Up” premieres on Freeform on Sept. 13, with the first four episodes airing back to back. All episodes will be available to stream on Hulu the day after they air. 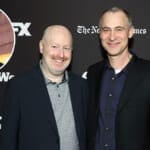