FX Chief John Landgraf: ‘2022 Will Mark the Peak of the Peak TV Era’ 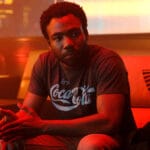 After a record 559 scripted series aired across broadcast, cable and streaming in 2021, FX Networks president John Landgraf revealed at the Television Critics Association summer press tour that 357 scripted series have aired through the end of June this year. This marks a 16% increase from the same span last year.

The number of scripted series airing across US television has increased every year since FX began tracking in 2002. However, as a result of COVID-19 production shutdowns, the volume of scripted series decreased for the first time in nearly two decades in 2020. production back on track, Landgraf sees a “high water mark” for the industry.

“We’ve reached the peak of the Peak TV era,” Landgraf said during his TCA session. “Obviously, this year will bring a new record.”

While Landgraf isn’t projecting a precipitous drop in volume, he does believe the number of scripted series may flatten or even decrease from here.

Between FX’s output on its linear basic cable networks and its Hulu exclusives, it managed to increase its Emmy nominations from 16 nods last year to 23 this year led by “What We Do In The Shadows” (seven nominations) and “Impeachment: American Crime Story” (five nominations). 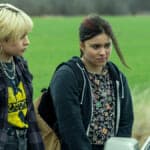 admin
See also  Between us: Should you bother playing the mobile version?