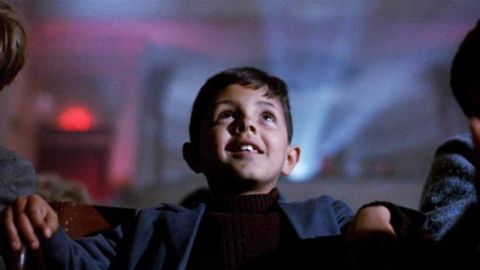 The wonderful 1989 movie ‘Cinema Paradiso’, directed by Giuseppe Tornatore and with one of the best soundtracks in history by Ennio Morricone, will become series from the hand of the Italian production company Bamboo Production.

The Serie will be titled ‘Paradiso’ and will have 6 episodesand is currently in the development phase, with producer Marco Belardi and Tornatore himself seeking funding in the US. Tornatore will write and direct all the episodes..

‘Cinema Paradiso’, a love letter to the seventh art and one of the best films about the world of cinema that told us the emotional story of a Sicilian movie theater where a boy named Toto fell in love with cinema for lifewon the Special Jury Prize at the 1989 Cannes Film Festival before winning the Oscar for Best Foreign Language Film in 1990 and grossing over $12 million at the US box office through Miramax distribution.

The film, which has since gained cult status around the world, was re-released internationally in a restored version in 2020.

‘Paradiso’ “will be the same story as the film, but in an expanded form with several different narrative threads”Bellardi said. He added that Tornatore is currently writing the treatment and pilot, with plans for the show to be filmed imminently and opens in 2023.

The elements that are interwoven in the series will include “the strength of a mother, the solidarity of a friend, sex as a taboo, forced relocations, escapes and marked social differences,” according to materials cited by Belardi.

At the same time, to help promote the series, Belardi said that he would like to produce a documentary about how ‘Cinema Paradiso’ was conceivedboth creatively and from a production standpoint, although this project is not yet greenlit.