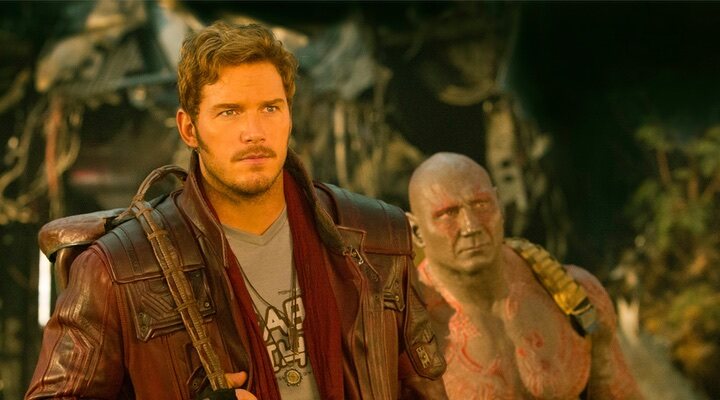 We continue to digest the news released by Kevin Feige on stage in Hall H at Comic-Con. The president of Marvel Studios revealed the big plans of the Marvel Cinematic Universe for the Multiverse Saga, which will be made up of Phases 4, 5 and 6. We also discovered that the current Phase 4 is about to end. ‘Black Panther: Wakanda Forever’, which hits theaters on November 11, will be in charge of closing the phaseand ‘Ant-Man and the Wasp: Quantumania’ will open Phase 5 in February 2023.

Only our return to Wakanda will not be the final end of Phase 4. James Gunn, director of the ‘Guardians of the Galaxy’ movies, has confirmed that the Christmas special of Star-Lord and the others will also form part of the current phase and that will serve as an epilogue. It’s not the first time they’ve done something like this at Marvel. We only have to go back to 2019 when, after shelving the Infinity Saga with ‘Avengers: Endgame’, a few months later ‘Spider-Man: Far From Home’ arrived in theaters as a kind of XXL post-credits scene . In this case it will only be a festive chapter in the history of the Guardians, which does not yet have a release date but will be seen near Christmas on Disney +.

Another of the special titles that Kevin Feige did not mention, but that we should also see this year, is the marvelous Halloween special starring Gael García Bernal. At the moment we know that it will be directed by composer Michael Giacchino and that it would turn the Mexican actor into Werewolf By Night, the werewolf from the Casa de las Ideas comics. It also does not have a release date, but we should see it on the streaming platform around October 31.

Chris Pratt celebrates the eighth anniversary of the Guardians

The Guardians of the Galaxy have recently had an anniversary. Last August 1 marked the 8th anniversary of the first film of this motley team of aliens with dishonest intentions but good hearts. Chris Pratt celebrated the anniversary with this beautiful message on Instagram: “8 years ago today Star Lord and the Guardians hit the big screen. I’m still amazed at the community we’ve built over the last 8 years. And it’s all for YOU. Thank YOU for allowing us to do what we love. Never forget… that we are the Guardians of the Galaxy“.

After the Christmas special Groot, Rocket and the others will be back in theaters on May 5, 2023 with ‘Guardians of the Galaxy Vol. 3’, their long farewell, again directed by James Gunn. The director advances that he awaits us a very emotional outcome, so go prepared. And before all this, on August 10, he lands on Disney + ‘I am Groot’, a series of adorable animated shorts starring our favorite tree.