House of the Dragon or Rings of Power: Which Is More Anticipated?

The “Game of Thrones” and “Lord of the Rings” spinoffs are HBO and Amazon’s most-anticipated shows since 2019, according to Whip Media

Despite uneven receptions for the final season of “Game of Thrones” and “The Hobbit” film trilogy, both upcoming fantasy series have the makings of certified hits, but which one are fans most looking forward to?

Whip Media’s TV Time app tracks viewer interest across 21 million global users. According to the data provided to TheWrap, “House of the Dragon” boasts nearly 20% more followers on the app leading up to its debut than “Rings of Power,” giving the former a comfortable lead in terms of fan anticipation.

“House of the Dragon,” which is set 200 years before the events of “Game of Thrones” and follows a different battle for the Iron Throne, is pacing far ahead of fellow premium cable series “Watchmen” and “Mare of Easttown” in addition to HBO Max superhero series “Peacemaker” in terms of TV Time app followers one month before debut.

Though “House of the Dragon” is a linear series first, a digital footprint will be key to its success. When accounting for delayed viewings across all platforms, the final season of “Game of Thrones” averaged a record-setting 46 million viewers in the US HBO Max executives are surely hoping for a similarly sizable streaming audience. 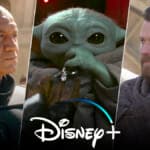 “Rings of Power,” which is set thousands of years before the events of “The Fellowship of the Ring” and is based on JRR Tolkien’s other writings, is also outperforming its Prime Video brethren “The Wheel of Time” and “The Boys” in the same span. Even if the upcoming “Lord of the Rings” series is tracking behind “House of the Dragon,” it’s still on target for an impressive debut.

“Reacher,” which debuted all eight episodes at eleven, generated a Prime Video record 1.843 billion US viewership hours in its premiere weekend, according to Nielsen’s weekly published streaming metrics. “Rings of Power” may not break that record thanks to its weekly release schedule, but its significant lead in audience anticipation (with 17 times more followers than “Reacher” one month before debut) suggests strong levels of viewer interest that should translate into big viewership totals. 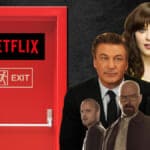