Michael Keaton has never seen any DC or Marvel movies 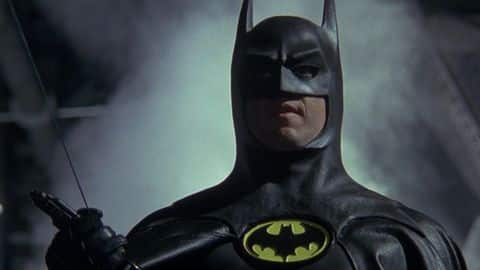 Michael Keatonthe actor who played Batman in Tim Burton’s movies and that he will return to the character in the next ‘The Flash’ movie that DC is preparing with Ezra Miller (if nothing strange happens), he has assured that don’t watch superhero movies. Neither from DC nor from Marvel, because you have to remember that he is also one of the villains of the UCM playing the Vulture from the ‘Spider-Man’ movies.

The actor of some of the best Batman movies assured: “I know that people do not believe this, that I have never seen a full version of any of those movies, none of the DC or Marvel movies or any other. And I’m not saying I don’t watch those movies because I’m an intellectual, believe me! It’s not that,” Keaton continued. “It’s just that there are very few things that I see. I start watching something and I think it’s great and I watch three episodes… But I have other shit to do!”.

Keaton’s Vulture seems to be gathering the Sinister Sixa group of Spider-Man villains, in the Spider-Man universe shared between Marvel and Sony, and He was the Batman from the Tim Burton movies. from 1989 (‘Batman’) and 1992 (‘Batman Returns’).

now 30 years later, Keaton will don the Batman suit again in the next ‘Flash’ movie, although he won’t be the only one: Ben Affleck will also return as Batman after appearing in ‘Aquaman 2: The Lost Kingdom’.

Keaton will also appear as Batman in ‘Batgirl’the movie about the Gotham superheroine that HBO Max is preparing.