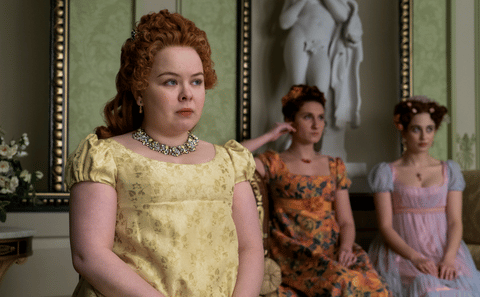 The creators of the (unofficial) musical about ‘The Bridgertons’ face a lawsuit from Netflix in the courts of Washington DC (USA). abigail barlow Y Emily Bear, the creators of the musical content of the project, originally began to develop it as entertainment for social networks. However, success soon catapulted them to No. 1 on the iTunes charts in the US, even winning a Grammy this year in the category of best musical theater album.

Netflix defends having repeatedly sent its objections to the project team, after knowing the intentions of developing a live show of it. “The Unofficial Bridgerton Musical Album Live Concert”, the name by which this event was called, was planned to take place at the Kennedy Center in Washington DC at the end of July 2022, with a price of up to $149 per ticket.

The lawsuit comes after learning that the unofficial show included up to a dozen musical themes with exact copies of dialogues, characters, expressions and other characteristic elements of the Netflix original series. They position themselves against what they consider a misrepresentation of the image of the original show and the use of its brand seal “Bridgerton”. In turn, they raise objections against the (alleged) development of merchandising by the musical show and the planning of dates for a tour.

The platform, which will premiere next year season 3 of ‘The Bridgertons’, has spoken publicly about this whole situation: “Netflix supports fan-created content, but Barlow and Bear have gone too far, seeking to create multiple revenue streams for themselves without formal permission to use the brand.Bridgerton‘. We have tried to work with Barlow and Bear but they have refused to cooperate. The creators, cast, writers and crew have put their hearts and souls into ‘The Bridgertons’ and we will take action to protect their rights.”

Secondly, Shonda Rhimesproducer and creator of the Netflix original series, added: “It is an absolute joy to see how audiences fall in love with ‘The Bridgertons’. What began as a fun social media celebration by Barlow and Bear has morphed into a determined appropriation of intellectual property solely for financial gain by its creators.” To finish, Rhimes added: “This property was created by Julia Quinn and brought to life on screen through the efforts and labor of countless individuals. Just as Barlow and Bear would not let others appropriate their creations for the benefit of others, Netflix cannot allow them to do the same with the ‘Bridgertons.‘”.

The dispute remains open, as Barlow and Bear’s management team has yet to comment publicly on the matter. So we will have to wait to find out how this particular chapter unfolds in the plot, which could become one of the best episodes of ‘The Bridgertons’.