‘PLL: Original Sin’ Co-Creators on Turning A into a Slasher 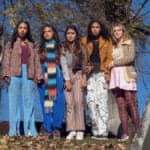 Already, “Pretty Little Liars: Original Sin” is subverting expectations with the latest take on Sara Shephard’s young adult novels. In the first three episodes, which debuted on HBO Max last Thursday, the series firmly established itself in the vein of slasher flicks, unlike its predecessors.

“I think everyone has expectations of what they want it to be. And I think for us, the idea was, if we’re going to do this, if we’re going to spend two years or three working on a show, we want to honor the original, but also make sure we’re doing something new,” co-creator Roberto Aguirre-Sacasa told TheWrap.

He and co-creator Lindsay Calhoon Bring agreed it was a “big swing” to turn “A” into a masked killer à la Leatherface or Michael Myers. Episode 2 ends with “A” pushing Millwood High School’s resident mean girl Karen (Mallory Bechtel) off the rafters during a school dance, instantly killing her.

It’s only the beginning for the five girls (Imogen, Tabby, Mouse, Faran and Noa) who are bonded by the trauma of being connected to (thanks to “A”) Karen’s death.

“Now we can kind of dive into unpacking the ‘Original Sin’ and getting to know each of our girls individually, going even deeper,” Aguirre-Sacasa said.

In a new interview with TheWrap, Aguirre-Sacasa and Calhoon Bring broke down the first three episodes of “Pretty Little Liars: Original Sin,” explaining where audiences can expect the series to go from here.

TheWrap: Obviously this property is very beloved. How did you decide what you’d take with you from the original series and what you’d leave behind to forge this new path?

Bring: We were fans of the original show and a couple of things that we really clung to that we love so much about it were one, that it’s centered on female friendship. We love that. And then of course, the mysteries throughout the show, the lies, the secrets and this concept of ‘A.’ So we knew that that was in the DNA of the franchise, and we knew we wanted to have that as well. But we also want to expand upon the universe and make sure that we were our own thing while still giving love and honor to the original. So the first big swing for us was making this a horror show specifically, and making this a slasher horror show. It was about making a masked killer like Leatherface or Michael Myers or Freddy Krueger. And really, then it was about creating new characters in a new town to speak to the times we’re in now.

There’s this tagline floating around, ‘it’s not what you think, bitches.’ Is that what you mean?

Aguirre-Sacasa: An unofficial tagline (laughs). I think whenever you’re working on a new version of an existing property, everyone has expectations of what that’s going to be or what they want it to be. And I think for us, the idea was, if we’re going to do this, we want to honor the original, but also make sure we’re doing something new. So that, I think, is a cheeky way of saying, ‘You know, it may not be exactly what you think. Hopefully it’ll surprise you.’ That’s our hope — is that people who love the original will be like, ‘Oh, this does feel different enough.’ ‘Cause sometimes it’s like, we’ll just watch the original. The original is streaming on HBO Max.

See also  A poem and a condition, the weapons that AMLO used to confront Trump in the White House

Bring: Honestly, I hope fans will have a sense of relief that it’s different, because their love is so tied to the original show and the original characters, and we knew we couldn’t touch them. So, I think making this a surprising, exciting and relieving experience is what we’re going for. 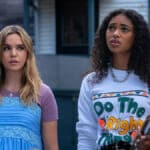 How did you decide on the pacing?

Aguirre-Sacasa: Pacing is something we talked a lot about in the writers room. Fun fact, in the original version of the pilot that Lindsay and I wrote, the pilot ended with the death of Karen at the dance. So what became Episode 1 and 2 actually used to be just Episode 1. Very early on, [we felt] that we hadn’t yet gotten to know the girls as well as we wanted to. And obviously, we were introducing different timelines, three sets of characters — our girls, their moms, their moms as teenagers. So we early on broke the pilot into two scripts, and then spent a little bit of time getting to know each girl before we brought them all together. By the end of Episode 3, I think what we want is we want our audiences to think, ‘Oh, wow, these girls are forged together.’ This horrible thing happened with Karen and they could have gone their separate ways after that. But by the end of 3, they’re in the cemetery. They see the dreaded van, and you know it’s not over. These girls are together. They’ve been bound together by what they’ve experienced and they’re going to see it through to the end. And I think the other thing we talked a lot about after those first three is this idea, like, ‘OK, we’ve met our characters, we’ve established the backstory, we’ve met our villain. We’ve kind of closed the loop on the story of what happened to Karen and all that stuff. Now we can kind of dive into unpacking the original sin and getting to know each of our girls individually, going even deeper.’

Bring: One thing that Roberto said early on when we were developing, which I loved so much, was to think of the first three episodes as the first 20 minutes of a horror movie. Episodes 4 through 7 are kind of our act two, and 8, 9 and 10 are really the finale of this horror movie. That’s when things really sort of kick into high gear. So we really wanted to set the tone as the opening of this horror movie on, as Roberto said, the world building, meeting these characters, starting with girls who didn’t know each other to forging their friendship by that third episode so that we could really delve into their individual characters and their stories and their core wounds pushing forward. 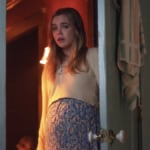