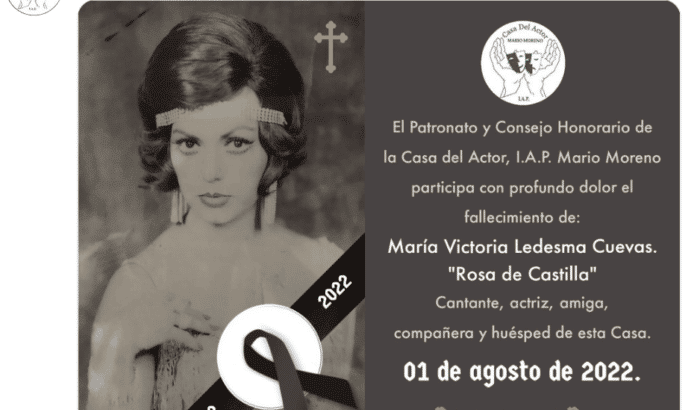 The actress and singer Rosa de Castilla died at the age of 90informed the House of the Actor.

Maria Victoria Ledesma Cuevashis real name, was part of the history of the Golden Age of Mexican cinema

It was nominated to a prize Ariel in 1954 for his work on such for which. 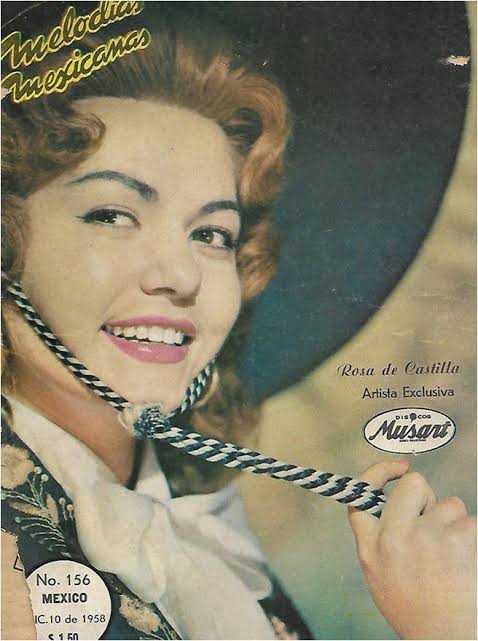 Rose of Castile was born in Jalisco and was the daughter of Salvador Ledesma Márquez and María de la Luz Cuevas Cuéllar. She had three brothers, Luis, Javier and Liduvina.

He began his career in Aguascalientes, where he performed with great success at the Río Rosa nightclub.

He later moved to Mexico City, where he made his radio debut on the station XEX, “The Voice of Mexico”.

He left his voice recorded on dozens of records with the companies Columbia, Musart, RCA Victor and Orfeón. 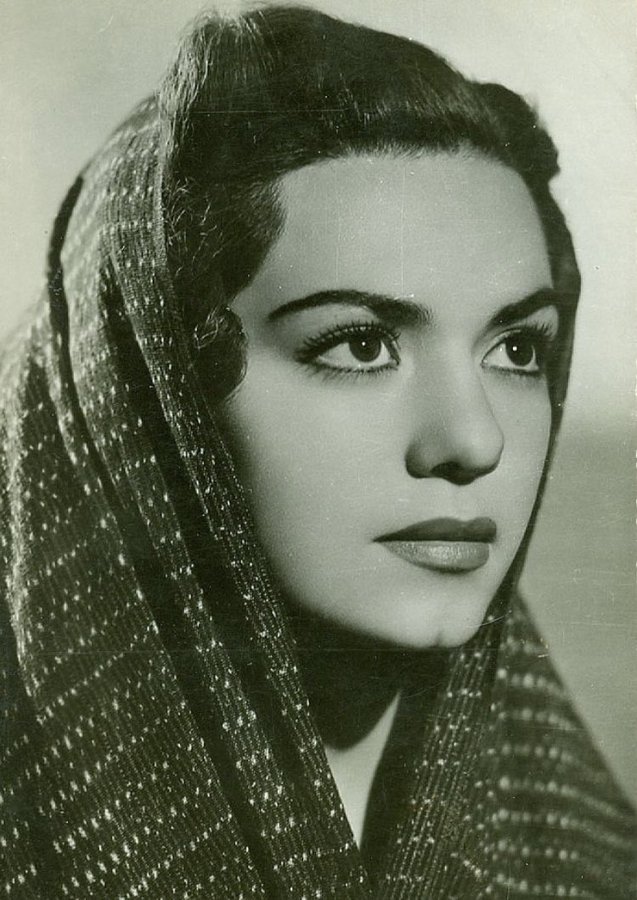 Their last movie, The pigeon of Marseille (1999)by Carlos García Agraz, once again earned her critical acclaim, winning the Bravo Award for Best Film Actress.

In 2015, participated in the video clip “Vámonos” by the singer Zarco Gómez, filmed at the Casa Fortaleza of El Indio Fernández in Coyoacán. 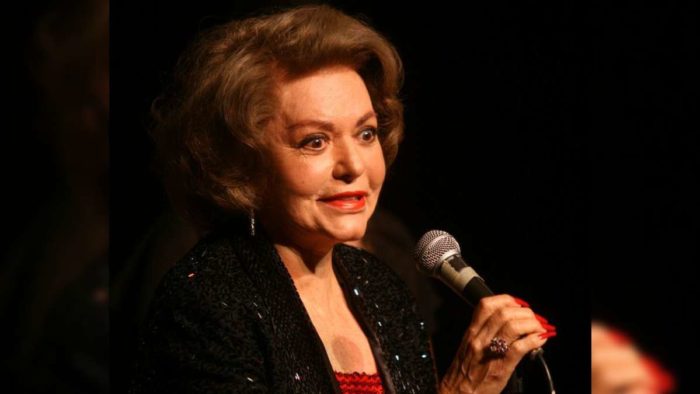