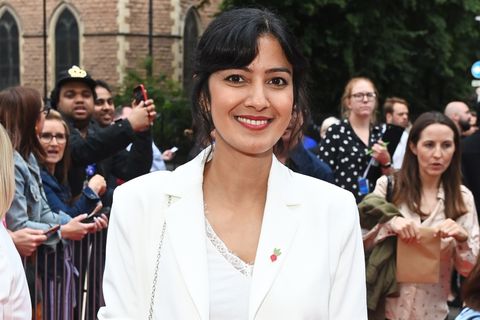 ‘Sex Education’, one of the most beloved Netflix series, will be something very different in its season 4: Rakhee Thakrar has announced that she will not appear in the new episodes of the seriesjoining several actresses who have left the production in recent months.

The ‘EastEnders’ actress has played teacher Emily Sands for the past three seasons. In statements to daily star sundayThakrar said: “I’m not part of the new season. I can’t really say why.”.

“But I am very proud of the series and grateful to have been a part of something so important. There is nothing wrong with ‘Sex Education'”. Miss Sands was best known for being able to see the potential in Maeve Wiley, as well as her hilarious relationship with Professor Colin Hendricks (played by Jim Howick).

Thakrar, who added that he has “a couple of things on the horizon”, is the latest star to announce that he will not be returning for the fourth season of ‘Sex Education’, and fan-favorite couple Lily and Ola also left the series.

Tanya Reynolds explained to Digital Spy: “I think, as for Lily, her story ended pretty well at the end of season three. So she doesn’t have any loose ends to tie up, she had a pretty happy ending.” She added: “At the end of last season, everyone scattered, and I think it’s a good opportunity to bring in some new characters.”.

“I will miss her. I love, I love Lily with all my being and I had a great time in those three seasons, and I will definitely miss him. I will miss Lily and the gang. But it seems like the right decision. It was my moment ” .

Also talking about his departure from the seriesPatricia Allison said: “I loved being on ‘Sex Education’ and playing Ola so much. Unfortunately, I will not be joining the team for the fourth season.. Other opportunities have come up, so… I’ve been on this series for three years and I’ve really loved it.”

Simone Ashley previously confirmed that she will not be returning as Olivia for the fourth season of ‘Sex Education’ either, but instead will focus on her starring role as Kate in another Netflix series, ‘The Bridgertons’.

admin
See also  MCU: THIS Avenger has the most kills