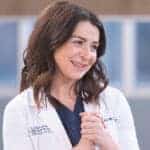 Healy has been with the cast since Season 4, while Dandridge and Randall joined during Season 5.

Dandridge plays Chief Natasha Ross, whose personal life became messy in a way that could damage her career at the end of Season 5 when someone threatened to out her romantic relationship with her subordinate, Lt. Robert Sullivan (Boris Kodjoe).

Randall plays the role of Captain Sean Beckett, a career firefighter with a drinking problem and a sense of humor that is usually only funny to him.

Healy plays former chief Michael Dixon, who has a history of undermining the crew at Station 19 and is currently running for mayor.

Dandridge is known for her previous roles in HBO’s “The Flight Attendant,” FX’s “Sons of Anarchy,” CW’s “Starcrossed” and NBC’s “The Night Shift.” She will also appear in the upcoming season of Apple TV’s “Truth Be Told.”

Healy is best known for leading roles in “Great World of Sound,” “Compliance,” “The Innkeepers” and “Cheap Thrills.” He’s also appeared in countless television series including “Ray Donovan,” “Eagleheart,” “How to Get Away with Murder,” “Grey’s Anatomy,” “The Shield,” “Six Feet Under,” “CSI,” “CSI: Miami ” and “Chicago Hope.” He currently appears in “Better Call Saul.”

Randall’s previous credits include “Ozark,” “Quarry” and “Ten Days in the Valley.” He most recently is recurring on the current season of “Westworld.” 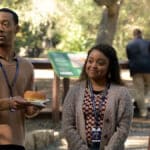