The 13 best films of Robert Pattinson, in ranking 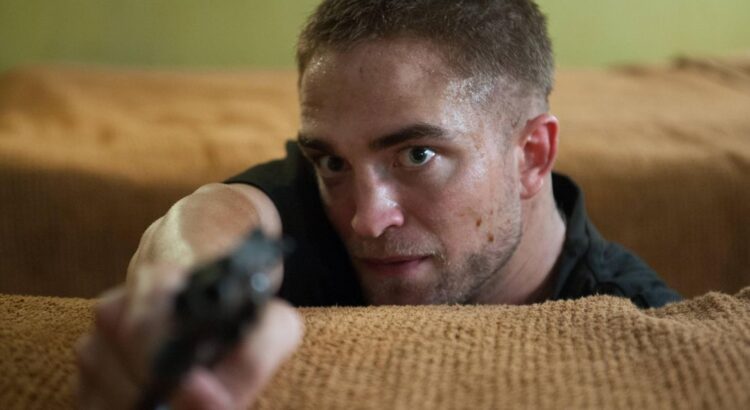 From teen idol to one of Hollywood’s most promising actors, Robert Pattinson has shown with his best movies that he is not afraid of anything. The actor has left behind the ‘Harry Potter’ saga and especially ‘Twilight’, the vampire saga that launched him to stardom, and has entered a prolific professional decade in which he soon contributes starpower to extreme independent proposals in the style of ‘The Lighthouse’ and ‘High Life’ as he becomes the new DC Comics Batman on the big screen with one of the best action movies of 2022.

In this article we review the best titles of his filmography and we remain alert to his next projects that could climb positions in this ranking. For example, there is ‘Mickey7’, the new film by Oscar winner Bong Joon Ho (‘Parasite’) based on the book by Edward Ashton and where Pattinson shares a cast with Steven Yeun, Toni Collette and Mark Ruffalo. It is without a doubt one of the most anticipated movies of 2023 and a possible contender for future award seasons. For the moment, we are left with the jewels that the actor has already left us both in theaters and in streaming.

This list does not lack titles like the recent ‘The Batman’, considered by many to be one of the best superhero movies in history (too soon? Perhaps) and which collides with Pattinson’s work in recent years. This blockbuster has brought him a little closer to Hollywood after years of shining on the fringes. And it is that, After the success of the ‘Twilight’ saga, the actor starred in films such as ‘Good Time’ by the Safdie brothers and ‘The Lighthouse’ by Robert Eggers, dark, intense, risky, formally fascinating films far removed from the conventions of the mainstream. In those codes Pattinson has moved, and thanks to that she has given us some of the best interpretations of her. Even so, in his filmography there is no lack of more popular titles such as ‘The King’, one of the best original Netflix movies and where he became a meme thanks to his hilarious French accent, and also the adrenaline-pumping ‘Tenet’, the pandemic bet by Christopher Nolan that is halfway between the best action movies and the best science fiction movies.

If you are a fan of Robert Pattinson, but especially if you are not because you are still traumatized by the image of his chest with brilli-brilli in ‘Twilight’, you have to see all these movies, which we order from least to most to establish a ranking of the best works of the actor. What is your favorite?

Pattinson played a young Salvador Dalí in this film, and managed to trace the artist’s histrionic charisma. The independent nature of ‘No Limits’ caused it to go unnoticed, but it helped shape a risky career that has changed little since then.

In case it wasn’t clear that Robert Pattinson is as seductive as Bruce Wayne or more, in ‘Bel Ami’ she puts herself on a par with goddesses like Uma Thurman or Christina Ricci. Just by putting up with the guy in scenes as controversial as the ones that appear in this feature film, any doubts about the interpreter should be cleared up.

Harry Potter and the Goblet of Fire (Mike Newell, 2005)

Robert Pattinson appeared in the ‘Harry Potter’ saga briefly (only in this fourth installment directed by Mike Newell), but he certainly left a big impact. His character, Cedric Diggory, is still remembered by fans of the magical saga. Among the best fantasy films in cinema history, ‘Harry Potter and the Goblet of Fire’ centers on a competition based at Hogwarts, which is visited by two other wizarding schools ready to compete for glory.

One of the best Christopher Nolan movies, ‘Tenet’ was one of the few blockbusters that dared to reach theaters in times of pandemic, in the summer of 2021. Numbers aside, it’s an exhilarating sci-fi action adventure where John David Washington and Robert Pattinson must save the world from destruction. One of those action thrillers that critics fell in love with and that we will have to re-analyze in a few years.

It will not be one of the best westerns in the history of cinema, but ‘Damsel’ is a fun review of the genre’s clichés with amusing Robert Pattinson and Mia Wasikowska. At the same time, she respects these commonplaces and makes fun of them with a lot of hooliganism and a sense of humor. The story, directed by the Zellner brothers, follows a businessman who goes to the Wild West to see his fiancée in the mountains.

David Cronenberg directed this riveting film that takes place entirely inside a limousine. Pattinson plays Eric Packer, a cynical and charismatic 28-year-old millionaire who destroys himself at the expense of those around him. One of the best performances of his entire career.

We will not put our efforts into defending the entire ‘Twilight’ saga, because certainly the quality of the movies has plummeted. But this first installment, directed by Catherine Hardwicke with an American independent film aesthetic, It allowed us to enter the world of Stephenie Meyer’s novels and fall in love with its protagonists, played by Kristen Stewart and Robert Pattinson. (one of those real couples who shared a movie in Hollywood).

In this critically acclaimed biopic despite being a box office flop, Robert Pattinson accompanies Charlie Hunnam and Tom Holland on an exploration of the most dangerous areas of Brazil. The actor goes from restraint to excess in a few minutes, showing that he can deliver much more nuance than we saw in ‘Twilight’.

We’ve seen a lot of Batman over the years, but Robert Pattinson’s looks as dark as it is cool., as disturbing as it is refreshing. With a willingness to look at Batman from a new perspective, Matt Reeves’ ‘The Batman’ follows a trauma-scarred Bruce Wayne who decides to purge the souls of Gotham City. The criticism of ‘The Batman’ made it clear that we are facing a great movie, although the order of the DC Comics movies is still not very clear.

This mixture of thriller and western allowed Robert Pattinson to sign one of the best performances of his career. Sharing the spotlight with Guy Pierce, ‘The Rover’ takes us to a post-apocalyptic future in which the western economy has collapsed and the Australian mines attract the most desperate and dangerous men. There we meet a homeless man who must recover the only thing he had left, his car, after a gang has stolen it.

Claire Denis’s ambitious sci-fi project had Pattinson in the lead, after he insisted over and over again that he wanted to be in the film. Definitely, It has been one of the most successful roles of his careerfor which he has achieved the necessary prestige to embark on new adventures alongside Christopher Nolan and Robert Eggers.

The director of ‘The Witch’ has Pattinson to lead, along with the charismatic Willem Dafoe, a spiral of madness marked by isolation where alcohol and flatulence abound. Robert Eggers, who has released ‘The Man from the North’ in 2022, surprised with this minimalist film full of disturbing images. We are still thinking about the end of ‘The lighthouse’ after several years.

The Safdie Brothers Found Gold in Robert Pattinson’s Talent With ‘Good Time’, a fabulous indie movie that won thunderous applause from critics and still remains one of the actor’s best works. The story follows a young man who, after a botched bank robbery lands his little brother in prison, must embark on an odyssey through the criminal underworld to collect bail money.