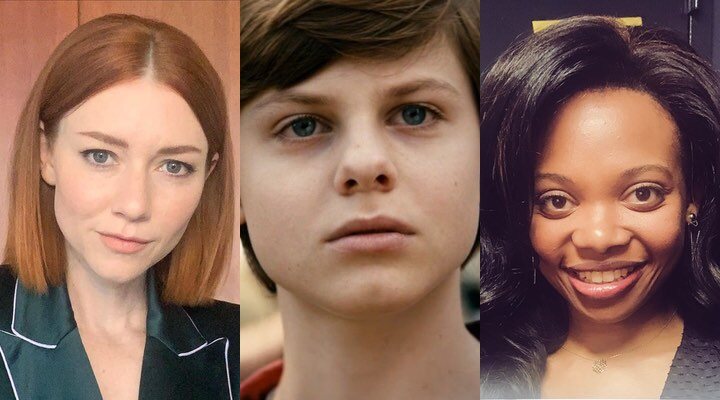 The third season of ‘The Boys’ ended on July 8, but the showrunner of the series, Eric Kripke, already has his eye on a fourth, which in the words of the creator himself: “It’s always been a show about family, and a lot of Season 3 has been about parents, so I think it makes sense that Season 4 is about kids.”. Now the new names of the cast of the next installment have been revealed.

The one who warns is not a traitor and Kripke has already announced that in this new season there will be a lot of commotion, bad times and new faces that do not appear in the comics of the original series. Some of the names that ‘The Boys’ has confirmed are Valorie Curry (‘Dan Brown: The Lost Symbol’), who will play Firecracker and Susan Weyward (‘Delilah’), who will play Sister Sage. For now, only the names of the actresses and their characters are knownit is not yet known how they will fit into the plot but Eric Kripke advances: “These new Supers are some of the best and craziest ever written for ‘The Boys.’.

This new season will also give more prominence to other characters in the seriesas is the case of Ryan, Patriot’s son, played by actor Cameron Crovetti, also known for his role in the series ‘Big Little Lies’ as one of the children of Nicole Kidman’s character.

Despite these advances, the season is still at a very early stageas Kripke already highlighted in an interview: “I’ve started going through the early drafts of the first couple of chapters. We’re still in the early stages, I think halfway through having episode 3 and I’m already reading the draft of the first episode. And even at that point, it’s early days because they’re expecting us.” strong rewrites and deciding everything. But it’s super interesting, fun and really emotionally rich. It’s probably the most emotionally complex thing we’ve ever done. So far, that’s been my biggest feeling. Everybody is facing deep dilemmas so it’s very exciting, it’s a very character-focused season”.

An old acquaintance of the group

In addition to new faces, Kripke commented in an interview for ew that there may be a chance that the Soldier Boy characterplayed by Jensen Ackles, come back for season four: “An old TV adage is never kill anyone unless absolutely necessary. Never close a door, open a window. (…) We’ll all have to wait and see, but I can’t imagine the series ending without Soldier Boy make another appearance”added the showrunner.

for now the exact date of the premiere of the fourth season is unknown. Of course, it will be on Amazon Prime Video.