‘The View’ Hosts on Biden: ‘You Can’t Snowflake Him Now’ 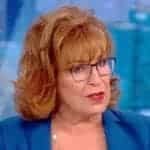 Joe Biden announced a successful counterterrorism operation on Monday night, revealing that al-Qaeda leader Ayman al-Zawihiri was killed in an unmanned drone strike at a safe house in Kabul. And on Tuesday morning, the hosts of “The View” argued that the operation definitely helps Biden’s image of him in the strength department.

“We make it clear again tonight that no matter how long it takes, no matter where you hide, if you are a threat to our people, the United States will find you and take you out,” Biden said during his remarks from the White House. And those were strong — but welcome — words for the women of “The View.”

More seriously, Whoopi argued that, despite continually taking heat for his decisions regarding US presence in Afghanistan, Biden handled this with appropriate tact and grace. She also took a moment to remind people which party he represents.

Host Sunny Hostin largely agreed with Whoopi, but added that Biden’s attention to detail in the operation spoke even louder about his character.

See also  Valheim: How to get to Ashlands, Mistlands, and Deep North (and what's there)

“The take is always ‘Democrats are weak. Democrats are averse to war, Democrats won’t do this kind of thing.’ And I think that does, in a sense, change the perception about Joe Biden,” Hostin said. “And I read an article… that talked about how specific Biden was, how granular he was when getting the Intel and making sure that this was the right move, because he wanted to make sure no civilians were hit. And I think that shows you that not only is he a strong leader, he’s a compassionate one. And I think we need that as well.”

You can watch the full discussion on “The View” in the video above. 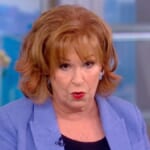