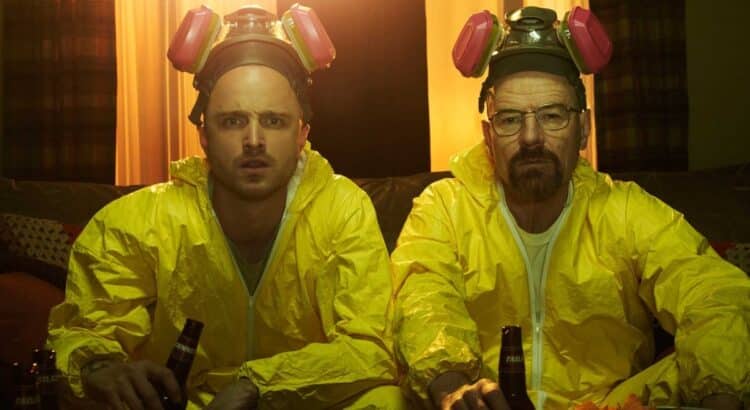 Monday night’s episode of “Better Call Saul” delivered some long-awaited cameos for fans when Bryan Cranston and Aaron Paul showed up, reprising their “Breaking Bad” characters. But according to “Saul” star Bob Odenkirk, there’s still more of them to come.

Granted, fans were already hopeful for as much after the episode, considering it left the door pretty clearly open for future returns. But on Tuesday, Odenkirk solidified it, and warned audiences that they aren’t ready for what’s next.

“The truth is, it was just the beginning. There’s more of them. And the scenes that come up are powerful,” Odenkirk said on “The View” on Tuesday. “I love that everybody thinks they’re gonna show up, then they see them, they go ‘Great! We did it! We saw them again!’ I’m like, you never know what’s gonna come next. So don’t be so sure you’ve seen the last, I’m telling you you haven’t.”

With only two episodes of “Better Call Saul” left, it’s unclear how much screentime Cranston and Paul might take up, but the series’ timeline has now firmly entered “Breaking Bad” territory after a time jump following Jimmy and Kim’s breakup.

But there’s also the possibility of seeing Paul in the futureas the last few episodes of “Better Call Saul” have spent much more time in the “Gene” timeline post-“Breaking Bad,” with fans learning in this Monday’s episode that Kim Wexler (Emmy-nominated Rhea Seehorn) is still very much alive.

The Netflix film “El Camino” revealed what happened to Paul’s Jesse Pinkman after the events of “Breaking Bad” and ended with Jesse sneaking up to Alaska to presumably live his life out in peace. Would “Better Call Saul” dare disturb that peace with Jimmy, or are we more likely to just see a bit more of Walt and Jesse in the “Breaking Bad” timeline?