‘Top Gun: Maverick’, the source of inspiration for ‘Legally Blonde 3’ 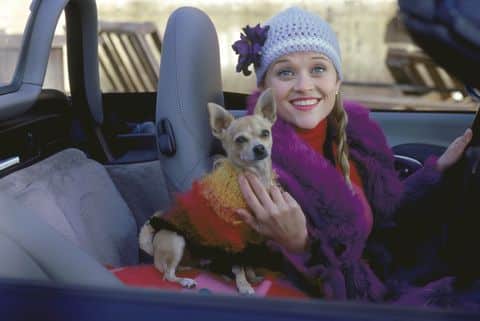 Legally Blonde star Reese Witherspoon has spoken about the third installment of the hit comedy that has been a hit since its premiere two decades ago. Fans of the iconic Elle Woodsthe role of Witherspoon, have been eagerly awaiting the details of the third installmentsince the actress confirmed that she was in talks for the film in 2018.

Little is known about ‘Legally Blonde 3’, its original title, as it was delayed indefinitely, but Witherspoon has now revealed that a 2022 blockbuster action movie has given him new inspiration for the film..

“Still hoping ‘Legally Blonde 3’ comes together in the right way“, he told USA Today. “It’s like Top Gun. They waited a long time to make another version of that movie, and I loved the piece of nostalgia they put into it.“.

Teasing more details about how the Tom Cruise-starring movie influenced her, Witherspoon said: “That definitely gave us a lot of inspiration on what we’d like to do with Elle Woods and make sure we had all those same cornerstones that people cared about (back then). I feel that These characters are my friends, so I protect them. I would never do the mediocre, mediocre version of his story“.

In 2020, fans received some updates on the possible third Legally Blonde movie when it was confirmed that Mindy Kaling, of ‘The Office’, and Dan Goor of ‘Brooklyn Nine-Nine’, had been appointed to write the script for the film.

Later that year, MGM took to Twitter to announce a release date for the third film installment in May 2022, something that unfortunately has not been possible badly for all of us fans.

The first two films were released in quick succession: the original became a surprise box office success in 2001 and its sequel in 2003. At the end of 2021 there were advances from the MGM production company, stating that Elle would be a mother in this third part. “It is really happening. Mindy (Kaling) and Dan (Goor) are writing it now for Reese (Witherspoon) to star. Reese and Lauren Neustadter produce with Marc Platt. We are all developing it together. What does Elle Woods look like at 40? Elle is a mother with a thriving career. We hope to see the script sometime in the first quarterPamela Abdy said.

However, it seems that all Elle Woods fans will have to remain patient when it comes to seeing a third movie outing from the fascinating Harvard Law graduate, Elle Woods.