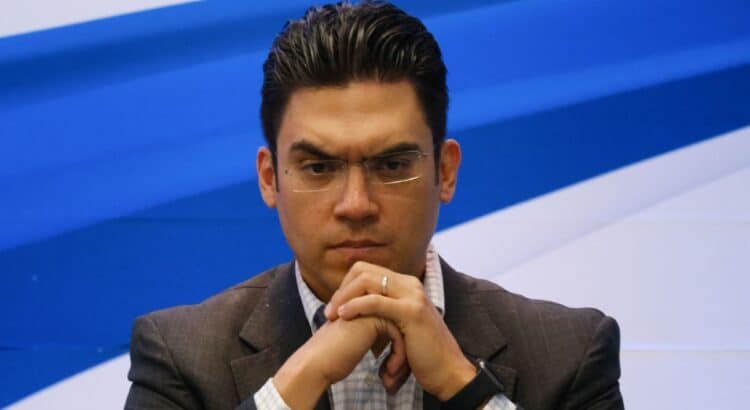 Since 2015, a video held by Aristegui Noticias documented complaints of alleged corruption involving officials from the Benito Juárez delegation, today the mayor’s officeunder the command of the former delegate, Jorge Romero Herrera, current coordinator of the federal deputies of the PAN.

During the last week, the Mexico City Attorney General’s Office announced the start of criminal proceedings against two former officials of Benito Juárez who collaborated with PAN member Jorge Romero.

The first of them is the former director general of Legal and Government of the Benito Juárez mayor’s office in the period between 2009 and 2016, Luis Vizcaino Carmona, for the alleged crimes of illicit enrichment and extortion for the benefit of the so-called Real Estate Cartel, its political bosses and the National Action Party (PAN), according to the spokesman for the capital prosecutor’s office, Ulysses Lara.

Vizcaíno was given justified preventive detention at the initial hearing to face the accusations made by the capital prosecutor’s office. A control judge attached to the Superior Court of Justice of Mexico City (TSJCM) described his arrest as legal and at the request of the defense that asked to extend the constitutional term to present exculpatory evidence, the trial bond hearing was scheduled for the next few days.

The second former official under investigation by the capital prosecutor’s office for alleged acts of corruption in Benito Juárez is the former Director of Works and Urban Development between 2009 and 201, Nicias René Aridjis Vázquez, against whom an arrest warrant was issued and who is already considered a fugitive from justice.

Aridjis Vázquez is accused of authorizing irregular constructions in exchange for receiving economic benefits, among them, the building at Zapata 56, Colonia Portales, which collapsed during the earthquake of September 19, 2017, even though it was two years old. It should be remembered that two women died after this event.

See also  Beatriz Luengo, happy with the return of 'A step forward'

For this case, IThe inhabitants of said property filed a complaint since May 2017; the letter was addressed to the mayor, same that was not attended by the authorities headed by the then mayor Christian Damián Von Roehrich.

To these cases that point to the PAN deputy Jorge Romero as a candidate and later as Head of Delegation in Benito Juárez, sand adds the video released by Aristegui Noticias on June 1, 2015, in which the then is observed General Director of Administration of the delegation and substitute president of the Acquisitions, Leasing and Provision of Services Committee, Emilio Javier Martínez Moralesnegotiate with a businessman the payment of alleged electoral support to Romero Herrera’s campaign with public contracts.

The contractor, whom Aristegui Noticias was able to personally identify and interview, denounced at that time that Romero Herrera allegedly received support in kind to finance his 2012 electoral campaign, under the promise that he was going to award contracts with public money that would be passed off as valid tenders, thus repaying the electoral support that was granted to him so that he could achieve his victory in the elections 10 years ago.

However, after the breach of the agreement, he delivered a video to Aristegui Noticias, in which Martínez Morales, a former official close to Jorge Romero, can be seen, explaining the reasons why the then Benito Juárez Delegational Headquarters had not complied with the agreement. to deliver public contracts.

According to the testimony obtained by Aristegui Noticias, all relevant positions in the delegation participated in the corruption network and its main operators are: Gustavo González, who was the brother-in-law and financial operator of Romero Herrera; Fernando Flores, deputy director of Material Resources, who was also denounced by another businessman; Víctor Mendoza, former deputy director of General Services and brother of Luis Mendoza, former local deputy; and, Fernando Von Roehrich, brother of Christian Von Roehrich, successor of Jorge Romero as head of the Benito Juárez mayor’s office.

In the video, the former Director General of Administration, Emilio Javier Martínez Morales, recognizes the debts of the campaign, for which he asks for time to consult the payments with the then head of the delegation, Jorge Romero Herrera. Meanwhile, the contractor points out that Jorge Romero had promised to grant him contracts for more than 2 million pesos.

He even points to Gustavo González, then Romero’s brother-in-law, as the person who offered him three contracts for 330 thousand pesos each as a maximum limit, to “pay” almost one million pesos.

To close the conversation, Emilio Javier Martínez Morales agrees with the contractor to discuss his matter again with the then Head of the Delegation, Jorge Romero Herrera.

The businessman said that He recorded the video in December 2014, in the office of Martínez Morales inside the mayor’s office.

The Aristegui Noticias investigation team confirmed that the complainant is the person who recorded the video, because in a complete version of the file, his face can be seen before and after visiting the public servant. The reporters were received at a building owned by the businessman, who agreed to provide all his personal data and business activities, information that he asked to keep confidential for fear of reprisals.

At the time, the direction of Social Communication, of the Benito Juárez delegation, sent a statement to Aristegui Noticias in which “categorically denies any kind of promise or offer to hire services other than those required” and warns that “in the event that any employee of this government commits or has committed a crime, or acts contrary to the principles of ethics and responsibility, the delegational authorities will act in full compliance with the law without detriment to the person concerned.”

See also  There are 632 aftershocks of the 7.7 earthquake in Michoacán, the largest of 5.3 at dawn

The statement also indicates that there was “fraud” in the video due to the mention of Romero’s relatives, because The General Directorate of Administration is the only one empowered to carry out procedures related to payments to providers.

In turn, Jorge Romero, He denied the facts, indicating that he adhered to the response of the then Benito Juárez delegation. Regarding this case, Aristegui Noticias did not find any sanction file.

Regarding the new accusations against officials of his administration, the now federal deputy issued a statement in which regrets that the capital prosecutor’s office has released a statement in which it prejudges the responsibility of Luis Vizcaíno and Nicias René Aridjis in alleged acts of corruptionfor which he demanded that the head of the FGJCM, Ernestina Godoy, act impartially and in accordance with the law.

Regarding the facts recently published by various media, regarding the arrest of who served as a Public Servant of the then Benito Juárez Delegation in CDMX for the periods 2009 – 2012 and 2012 – 2014, it is noted: pic.twitter.com/PIErfT0lOV

In addition, after being questioned on the Twitter platform about Luis Vizcaíno’s link to the process for the crime of illicit enrichment, Jorge Romero warned that “linkage does not imply responsibility” for which the presumption of innocence prevails for his former collaborator.