Why Preschool Programs Are So In Demand, Especially for IP 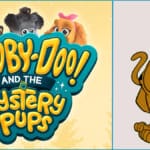 Batman for toddlers? Studios are realizing the importance of getting fans hooked on their biggest franchises when they’re young

In the same calendar year, under the same corporate umbrella, the Batman character is allowed to be both super cuddly and the bleakest he’s ever been.

“Because these characters are so beloved, we wanted to respect who they are, and keep the core of their personalities intact, recognizing what’s really kept them so beloved for so many years,” Stacey Kim, vice president at Warner Bros. Animation told TheWrap . “But also, you know, let’s really do better, let’s really represent the world more accurately, and do it in a way that’s still respectful of who these characters are.”

The importance of preschoolers

Preschool programming, geared typically toward 2-to-5-year-olds (though the content can reach as old as 7-year-olds), has always been a part of how the big companies appeal to children, especially during the morning hours — Nickelodeon has Nick Jr., Disney Channel has Disney Junior and now, Cartoon Network has Cartoonito. This is where breakouts like “Blue’s Clues,” “Dora the Explorer” and “Doc McStuffins” took their hold, through a mix of adorable animation, relatable life lessons (usually following some form of “curriculum” — more on that later) and gentle story lines that are never too intense or too cumbersomely complicated. (The emphasis on animated preschool programming has only intensified as Warner Bros. Discovery recently announced that “live-action kids and family programming will not be part of our programming focus in the immediate future.”)

But besides a few of the Disney shows, like “Mickey Mouse Clubhouse” or the recent, revamped “Muppet Babies,” the preschool space has never been targeted like it has now, with facilitating the growth of preexisting franchises. You can feel the emphasis on the preschool audience just by looking at the types of projects that studies are pushing forward.

“SpongeBob SquarePants” recently debuted the more kiddie-ish “Kamp Koral.” Besides “Batwheels,” Warner Bros. has “Bugs Bunny Builders” (premiering this week) and “Scooby-Doo! And the Mystery Pups” (with more titles to be announced). Lucasfilm is looking to crack the sought-after market with a new animated series, set during the High Republic era, called “Young Jedi Adventures,” that will be hitting Disney+ and Disney Junior next spring. (The preschool market is of particular interest to the “Star Wars” team, especially with the franchise’s integration into everything from Disney theme parks to cruise ships.) 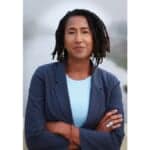 “I actually started with Warner Bros. a little over three years ago now. And that’s the main reason I was brought over,” Kim said. “Because I think with HBO Max gearing up, they really wanted to get into preschool.”

The streaming service already had “Sesame Street” after striking a unique deal with Children’s Television Workshop (not included in WBD’s halt on live-action kids and family programming). But the executives asked Kim, “What else can we do to really build out that audience for HBO Max?” That’s when she and her team started to “develop a lot of other preschool ideas.”

Some of those ideas included “Bugs Bunny Builders,” “Scooby Doo! And the Mystery Pups” and “Batwheels.”

“Cartoonito programming is targeted for preschoolers, but our aim is to create a modern brand with content that both kids and their caregivers can truly enjoy together. With ‘Bugs Bunny Builders’ and ‘Batwheels,’ we have totally original stories that spring from iconic IP serving our youngest fans and also every adult in the household, who already love these characters,” said Amy Friedman, head of Kids & Family Programming , Warner Bros.

Of course, one of the big ideas of the preschool programming initiative is turning properties that you might not immediately associate with the preschool audience — like, say, the Dark Knight — and transforming that property into something for that audience.

“I feel like Batman has been both dark and light,” Michael Stern, executive producer for “Batwheels” (and a veteran of several preschool shows) said. “For a long time, there have been conversations about bringing the fun back to Batman and presenting a different version that’s accessible to this age group.”

Stern and his team were issued a challenge: “Make this great and accessible for preschoolers, who haven’t really had access to Batman before.” But how do you do that? “I think the trick to it was not qualifying Batman, that our Batman is still the cool Batman and he does everything cool that Batman does. Short of punching people and kicking them, he acts like Batman.”

Part of figuring out the puzzle was maintaining the character of Batman (voiced by Ethan Hawke on the series) but focusing on the Batmobile and other vehicles as characters in the show. (When we asked Stern if this was at all based on the joke in “Teen Titans Go! To the Movies” when Robin is miffed because they made a movie about the Batmobile before giving him a solo outing, he said they hadn’t seen the joke until after developing the series and that everybody “had a good laugh” about it.) Stern said the “bad” cars have even formed a villainous group — the Legion of Zoom.

Stern pointed out that the entire world of “Batwheels” should be intriguing to the preschool set for another reason — it’s set entirely at night. This isn’t new to Batman, particularly in animation (the influential 1990s “Batman: The Animated Series” saw the backgrounds being painted on black paper). But for preschoolers, it’s a revelation.

“This was something that people were a little nervous about it at first, but we said, ‘Look, we’re going to do this in a colorful, amazing, vibrant way,’” Stern said. “Because preschoolers, if you think about it, they don’t get to go and adventure at night. They have to go to sleep. This is a [new] world for them.” 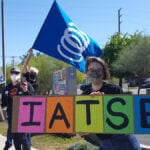 Producing something like “Batwheels” or “Bugs Bunny Builders” is deceptively challenging, given how many goals the shows are trying to achieve, with diverse casts that look more like the real world and an educational curriculum that’s built into the storytelling.

“When you’re able to weave that into the storytelling in a really natural way that feels natural to the characters, that’s when the shows are the most successful in terms of bringing education and entertainment together,” Kim said.

“Batwheels,” for example, follows a “hero curriculum.” “We know that they’re superheroes, but it was about highlighting not just their superpowers or all the cool gadgets that they have — those are the set dressing to highlight what really makes them heroic,” Kim explained. “The heroism really comes from their personal characteristics, like being a strong leader, being a really good friend, and learning how to support one another and things like that.” 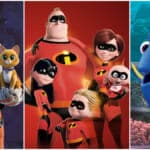 Some enjoy the challenge. Abe Audish, the showrunner and supervising producer of “Bugs Bunny Builders” said, “I’ve always kind of loved troubleshooting.” Audish has done just about every animated series under the sun, so he felt like he could easily tackle whatever “Bugs Bunny Builders” threw at him. One of the biggest question marks was how to make it classic “Looney Tunes” without the intensity.

Audish asked himself, “How do I deliver that so that it’s not as violent? How do we still get that same wackiness and looniness and humor without being that violent, like we have in the past?”

He also wondered if there was a way to take “Looney Tunes” and “slow it down.” “A big part of that was just figuring out where to have the snap-up moments and making sure that setups and the gags, and whatever the end result is can be trackable for our preschool audience because they’re a little bit younger,” Audish said.

Finally, the idea hit upon the notion of the “Looney Tunes” characters being involved in a construction company. It could facilitate both the need for broad, gag-based comedy and service the educational aspects of the series, which emphasize problem-solving and personal growth.

“Sometimes when you plan something, things go awry, how can you either fix it and make that original plan work? Or maybe go back to the drawing board and come up with a different approach?” Kim said. “It’s about teaching kids to embrace that.”

There’s also the fact that these projects exist within the same ecosystem of other projects being developed at the studio for different audiences. At the same time that “Scooby-Doo! And the Mystery Pups” was announced, so was “Velma,” a very adult version of the same property with Mindy Kaling voicing the main character and copious amounts of sex and violence.

“It was really nice being able to make this intro so that they learn to love them in these shows,” Kim said. “And then later, as they get older, they can graduate to the other content.” 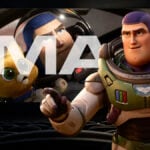