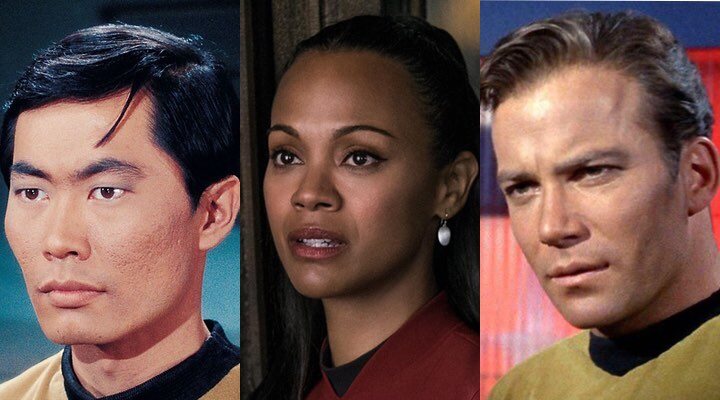 On Saturday, July 30, actress Nichelle Nichols passed away at the age of 89, known for playing Lieutenant Uhura on ‘Star Trek’. Her death has left a great commotion among her colleagues, who have shown her affection and respect for the actress, one of the most emblematic figures of the franchise. Some They wanted to pay tribute to him and dedicate some nice lines to him on social networks.

Nichols is known for her role as Lieutenant Nyota Uhuru in the original series. This same character has been played by actress Zoe Saldaña, who gave life to the interstellar traveler in the 2009 movie ‘Star Trek’ and its two sequels. Showing her sorrow that her companion left her, Saldaña dedicated a few words of thanks and affection to her in an Instagram post in which he appears next to her: “I am deeply saddened by the loss of Nichelle Nichols. We have lost a true star, a unique artist who was always ahead of her time. She is an icon, an activist and most of all an incredible woman – who paved the way for many to see.” black women in a different light. Her fight for equality was unwavering. Meeting Nichelle was truly a very special moment in my life. Every time I was with her, her energy rubbed off on me. She convinced me to believe that anything It can be done, if you put your heart into it.”.

In addition to Saldaña’s words of affection, George Takei, Nichols’ partner and known for playing Hikaru Sulu in the original series, also dedicated a few lines to his partner: “I have many things to say about the pioneering and incomparable Nichelle Nichols, who shared the path with us as Lieutenant Uhura of the USS Enterprise (…) for now, there is a heavy weight in my heart, my eyes shine like the stars between the that now you rest, my dear friend”. The dedications were also added to that of his other partner William Shatner, with whom he starred in one of the first interracial kisses in tv history. “I am so sorry for Nichelle’s passing. She was a beautiful woman who played an admirable character who did so much to redefine social issues both here in America and around the world.”Shatner wrote from his Twitter account.

One more star for the firmament

Nichelle Nichols will go down in history as an actress who broke the schemes of a patriarchal and racist system in which a black woman could only appear on television during the 1960s to play a servant. His role as a lieutenant in the franchise was transgressive for the time and referential for the generations that followed. Lieutenant Uhuru will be eternally remembered for her importance in representing black women as capable of leading and managing any situation.