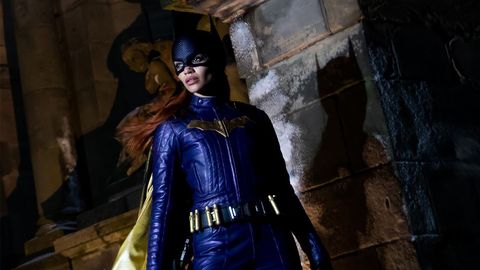 In an almost unprecedented move, Warner has decided that ‘Batgirl‘, one of his films set in the calendar of upcoming DC Comics releases, it will not see the light… After having finished it.

Warner has spent 90 million dollars in shooting ‘Batgirl’, a film that was going to be the presentation of this new superheroine, Batman’s ally and daughter of Commissioner Gordonbut after weighing his economic future and the valuations in the test passes, he has chosen because never be released.

The film directed by Adil El Arbi and Bilall Fallah (who heard the news in Morocco, in the days before Adil’s wedding) It will not be released in theaters or on the HBO Max platformwhich was predictably going to be his destiny from the beginning.

The film starred Leslie Grace as Barbara Gordon‘Batgirl’, who had even recently talked about the possibility of a sequel, and was going to assume the return of Michael Keaton as Batman almost 30 later from his appearance in Tim Burton’s films. Brendan Fraser played the villain of ‘Batgirl’ and JK Simmons returned to his role as Commissioner Gordon.

Warner has also canceled the sequel ‘Scoob!: Holiday Hunt’, a sequel to the movie ‘Scoob!’ of 2020 that has cost about 40 million to the studio.

The explanation for these cancellations is complicated. On the one hand, and although Warner has assured that it is not due to the poor quality of the films or the commitment of the filmmakers, Early Reactions To ‘Batgirl’ Test Screenings Revealed The Movie To Be A ‘Complete Disaster’. So that won’t have helped.

Although Warner has finished the film and has already spent 90 million dollars, the disbursement before a theatrical release and in advertising could have doubled that figure, so the studio has preferred to save it before its imminent merger with Discovery. Although it seems strange, the company’s accounting books indicate that it is more profitable to include these films as deductible costs than to release themeven if this means that the films could never be released or sold to another studio for marketing.

It remains to be seen how this will affect other films and series from the company, as well as the reputation and creative prestige of the studio. Another movie that would be on the tightrope is ‘The Flash’, weighed down in recent months by the conflictive behavior of its protagonist Ezra Miller.